“ But the Times is a paper which is seldom found in any hands but those of the highly educated. ”
Arthur Conan Doyle, The Hound of the Baskervilles (1902). copy citation

“Have you read anything else in this message, Mr. Holmes?»
«There are one or two indications, and yet the utmost pains have been taken to remove all clues. The address, you observe is printed in rough characters. But the Times is a paper which is seldom found in any hands but those of the highly educated. We may take it, therefore, that the letter was composed by an educated man who wished to pose as an uneducated one, and his effort to conceal his own writing suggests that that writing might be known, or come to be known, by you.” source

“The fault I find with our journalism is that it forces us to take an interest in some fresh triviality or other every day, whereas only three or four books in a lifetime give us anything that is of real importance.” Marcel Proust, Swann's Way

“a friend's praise is always sweeter than a dozen newspaper puffs.” Louisa May Alcott, Little Women 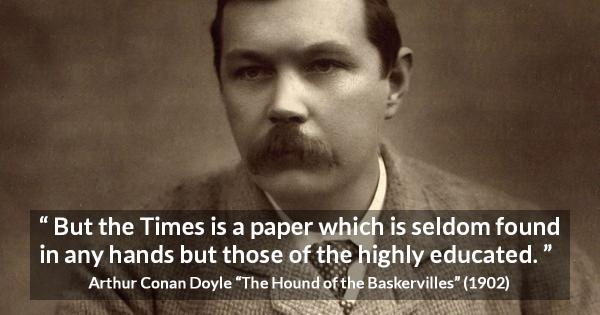 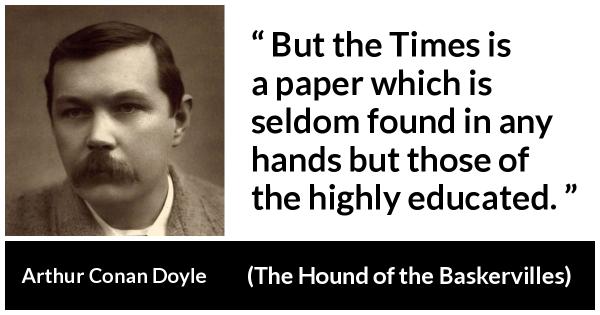 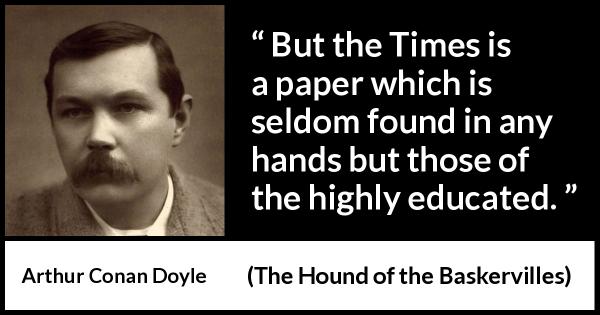 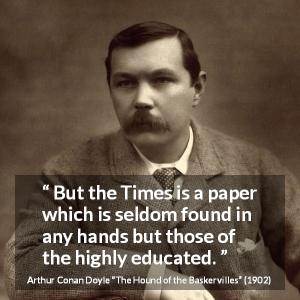 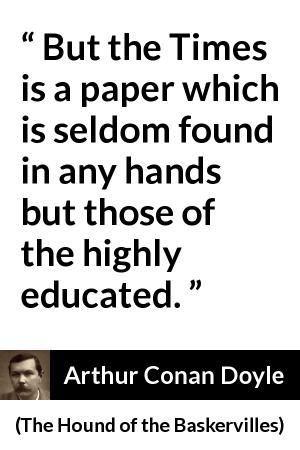 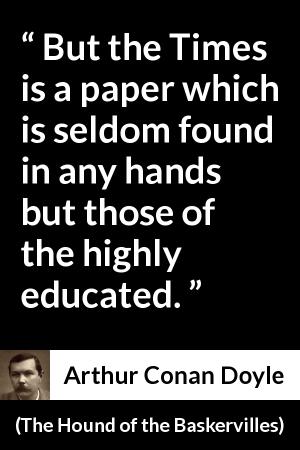