“ People could put up with being bitten by a wolf but what properly riled them was a bite from a sheep. ”
James Joyce, Ulysses (1922). copy citation

“A move had to be made because that merry old soul, the grasswidower in question who appeared to be glued to the spot, didn't appear in any particular hurry to wend his way home to his dearly beloved Queenstown and it was highly likely some sponger's bawdyhouse of retired beauties where age was no bar off Sheriff street lower would be the best clue to that equivocal character's whereabouts for a few days to come, alternately racking their feelings (the mermaids') with sixchamber revolver anecdotes verging on the tropical calculated to freeze the marrow of anybody's bones and mauling their largesized charms betweenwhiles with rough and tumble gusto to the accompaniment of large potations of potheen and the usual blarney about himself for as to who he in reality was let x equal my right name and address, as Mr Algebra remarks passim. At the same time he inwardly chuckled over his gentle repartee to the blood and ouns champion about his god being a jew. People could put up with being bitten by a wolf but what properly riled them was a bite from a sheep. The most vulnerable point too of tender Achilles. Your God was a jew. Because mostly they appeared to imagine he came from Carrick-on-Shannon or somewhereabouts in the county Sligo.
—I propose, our hero eventually suggested after mature reflection while prudently pocketing her photo, as it's rather stuffy here you just come home with me and talk things over.” source

“still there was about him a suggestion of lurking ferocity, as though the Wild still lingered in him and the wolf in him merely slept.” Jack London, White Fang 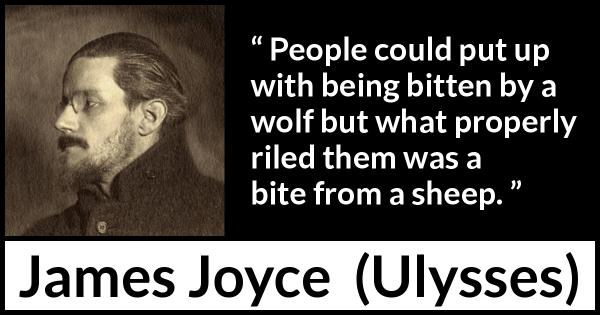 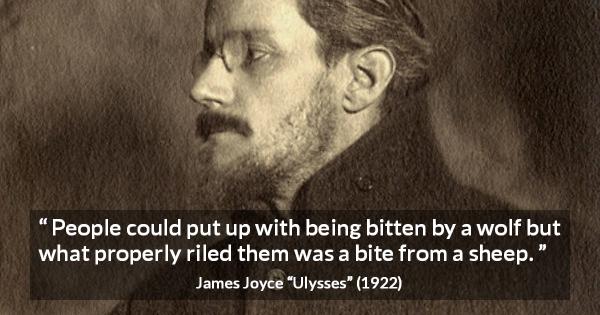 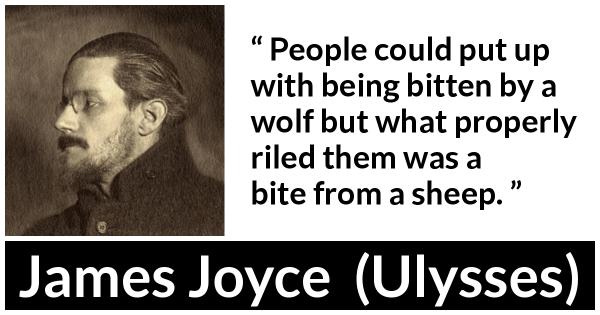 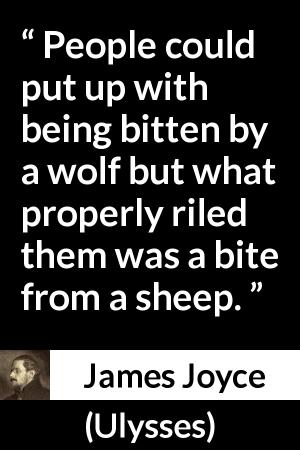 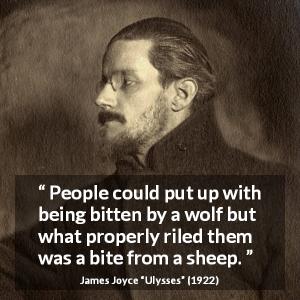 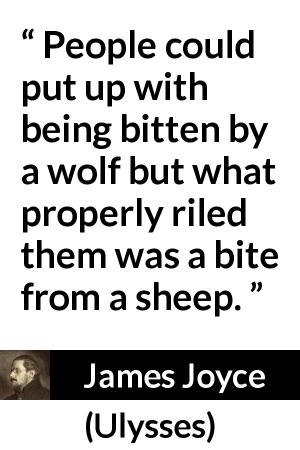