“ There is no difference between Time and any of the three dimensions of Space except that our consciousness moves along it. ”
H. G. Wells, The Time Machine (1895). copy citation

“'Now, it is very remarkable that this is so extensively overlooked,' continued the Time Traveller, with a slight accession of cheerfulness. 'Really this is what is meant by the Fourth Dimension, though some people who talk about the Fourth Dimension do not know they mean it. It is only another way of looking at Time. There is no difference between Time and any of the three dimensions of Space except that our consciousness moves along it. But some foolish people have got hold of the wrong side of that idea. You have all heard what they have to say about this Fourth Dimension?'
'I have not,' said the Provincial Mayor. 'It is simply this.” source

“It is for this reason that we find that co-existence, which could neither be in time alone, for time has no contiguity, nor in space alone, for space has no before, after, or now, is first established through matter.” Arthur Schopenhauer, The World as Will and Representation

“There are really four dimensions, three which we call the three planes of Space, and a fourth, Time.” H. G. Wells, The Time Machine

“We are always getting away from the present moment. Our mental existences, which are immaterial and have no dimensions, are passing along the Time-Dimension with a uniform velocity from the cradle to the grave.” H. G. Wells, The Time Machine

“Through hyper-space, that unimaginable region that was neither space nor time, matter nor energy, something nor nothing, one could traverse the length of the Galaxy in the interval between two neighboring instants of time.” Isaac Asimov, Foundation

“It is the invariable lesson to humanity that distance in time, and in space as well, lends focus.” Isaac Asimov, Foundation and Empire

“Time is more important to me than distance.” Malcolm X, The Autobiography of Malcolm X

“Are you sure we can move freely in Space? Right and left we can go, backward and forward freely enough, and men always have done so. I admit we move freely in two dimensions. But how about up and down? Gravitation limits us there.” H. G. Wells, The Time Machine

“Consciousness is much more than the thorn, it is the dagger in the flesh.” Emil Cioran, The Trouble With Being Born 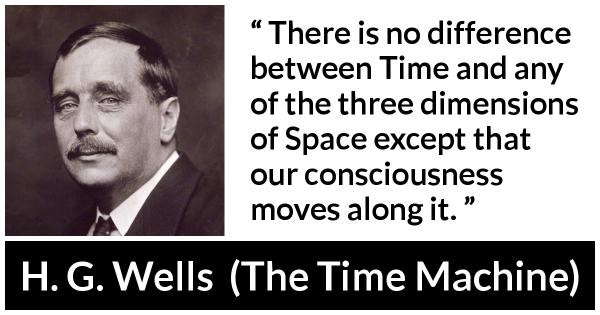 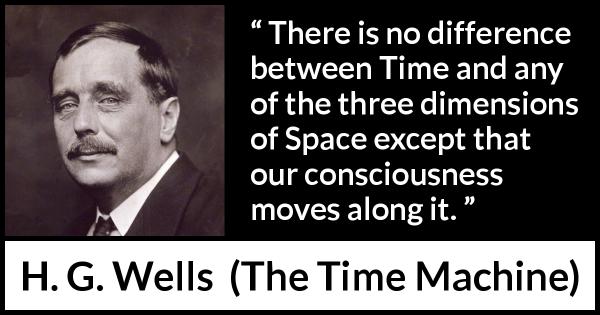 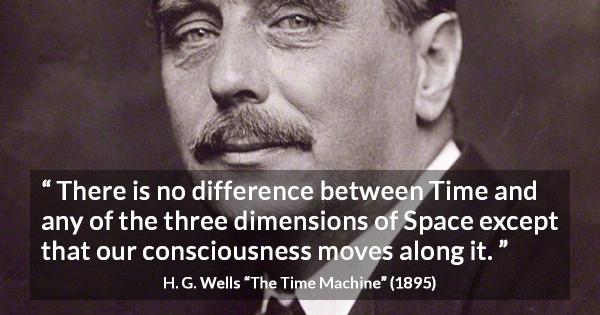 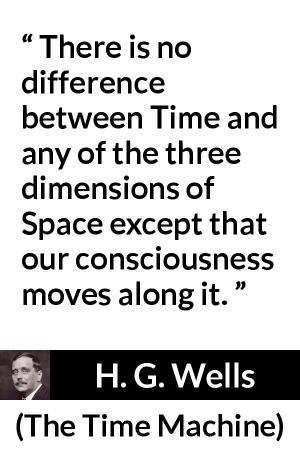 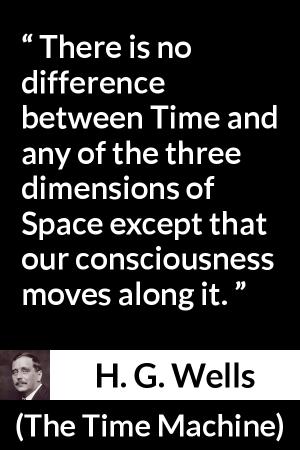 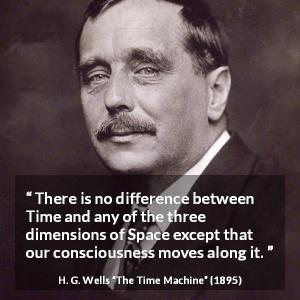