“ She came from the most worthless of all classes—the rich, with a smattering of culture. ”
Virginia Woolf, Mrs Dalloway (1925). copy citation

“Otherwise she would not be taking jobs from people like the Dalloways; from rich people, who liked to be kind. Mr Dalloway, to do him justice, had been kind. But Mrs Dalloway had not. She had been merely condescending. She came from the most worthless of all classes—the rich, with a smattering of culture. They had expensive things everywhere; pictures, carpets, lots of servants. She considered that she had a perfect right to anything that the Dalloways did for her.
She had been cheated. Yes, the word was no exaggeration, for surely a girl has a right to some kind of happiness?” source

“In the midst of friends, home, and kind parents, she was alone.” William Makepeace Thackeray, Vanity Fair 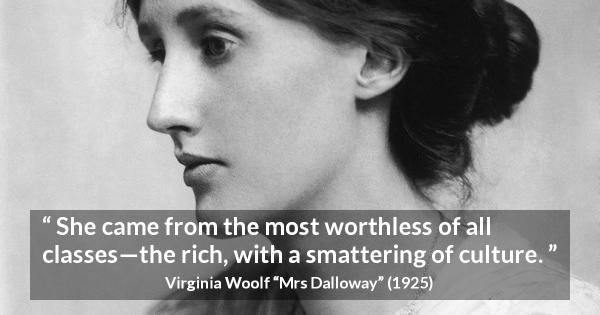 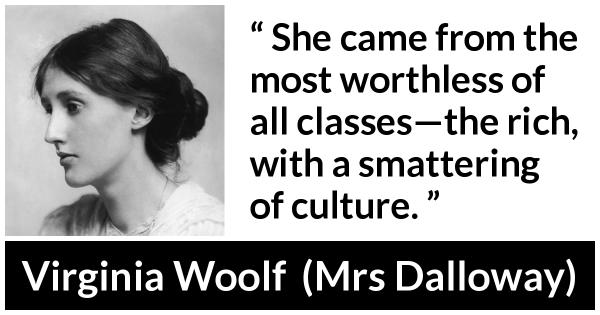 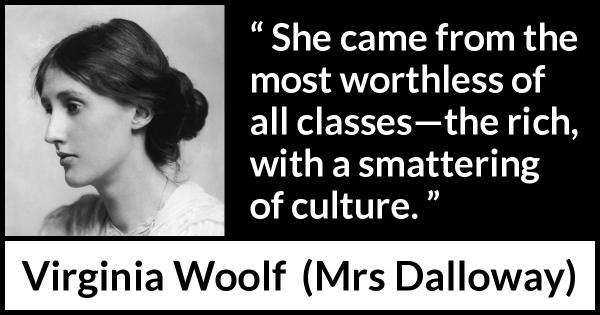 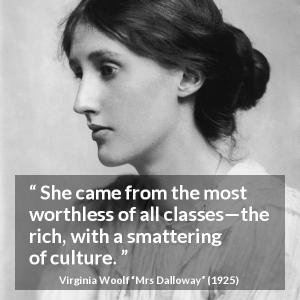 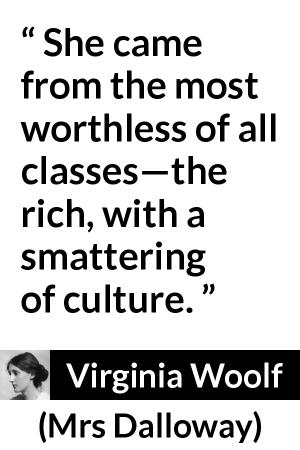 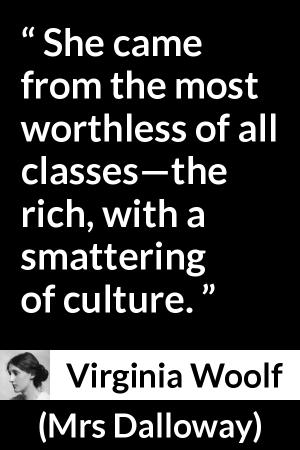