“ There was an emptiness about the heart of life; an attic room. Women must put off their rich apparel. At midday they must disrobe. ”
Virginia Woolf, Mrs Dalloway (1925). copy citation

“She began to go slowly upstairs, with her hand on the banisters, as if she had left a party, where now this friend now that had flashed back her face, her voice; had shut the door and gone out and stood alone, a single figure against the appalling night, or rather, to be accurate, against the stare of this matter-of-fact June morning; soft with the glow of rose petals for some, she knew, and felt it, as she paused by the open staircase window which let in blinds flapping, dogs barking, let in, she thought, feeling herself suddenly shrivelled, aged, breastless, the grinding, blowing, flowering of the day, out of doors, out of the window, out of her body and brain which now failed, since Lady Bruton, whose lunch parties were said to be extraordinarily amusing, had not asked her.
Like a nun withdrawing, or a child exploring a tower, she went, upstairs, paused at the window, came to the bathroom. There was the green linoleum and a tap dripping. There was an emptiness about the heart of life; an attic room. Women must put off their rich apparel. At midday they must disrobe. She pierced the pincushion and laid her feathered yellow hat on the bed. The sheets were clean, tight stretched in a broad white band from side to side. Narrower and narrower would her bed be. The candle was half burnt down and she had read deep in Baron Marbot's Memoirs.* She had read late at night of the retreat from Moscow.” source

“These blithering women who thought they could do a man's work. Why the hell couldn't they stay at home and mind their pots and pans and stick to their frocks and gossip and leave men's work to the men.” Ian Fleming, Casino Royale

“She's the sort of woman who lives for others—you can always tell the others by their hunted expression.” C. S. Lewis, The Screwtape Letters

“I am alone in the midst of these happy, reasonable voices. All these creatures spend their time explaining, realizing happily that they agree with each other. In Heaven’s name, why is it so important to think the same things all together.” Jean-Paul Sartre, Nausea 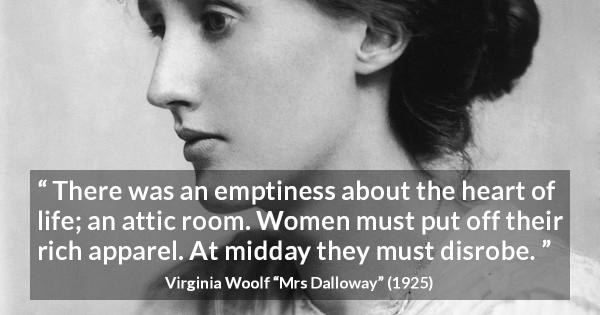 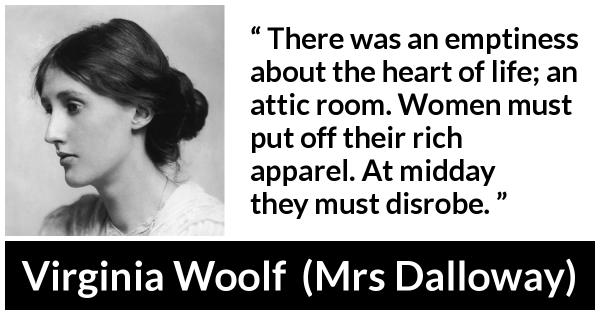 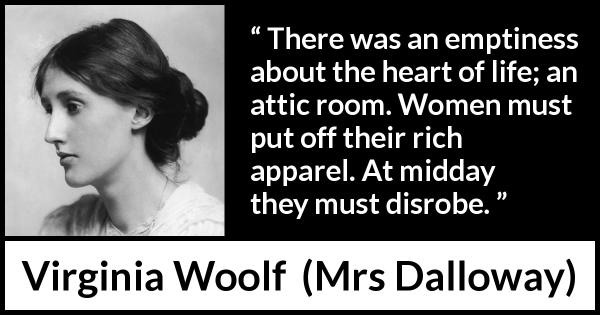 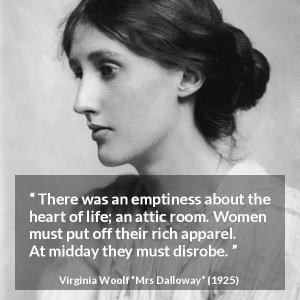 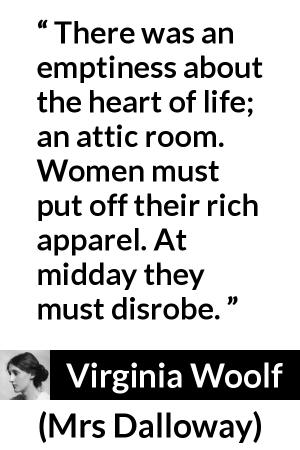 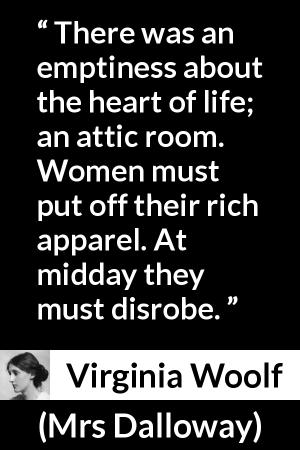