“ She would not say of any one in the world now that they were this or were that. ”
Virginia Woolf, Mrs Dalloway (1925). copy citation

“For he was quite happy, he assured her—perfectly happy, though he had never done a thing that they talked of; his whole life had been a failure. It made her angry still.
She had reached the Park gates. She stood for a moment, looking at the omnibuses in Piccadilly.
She would not say of anyone in the world now that they were this or were that. She felt very young; at the same time unspeakably aged. She sliced like a knife through everything; at the same time was outside, looking on. She had a perpetual sense, as she watched the taxicabs, of being out, out, far out to sea and alone; she always had the feeling that it was very, very dangerous to live even one day.” source

“She didn’t quite know what the relationship was between lunatics and the moon, but it must be a strong one, if they used a word like that to describe the insane.” Paulo Coelho, Veronika Decides to Die 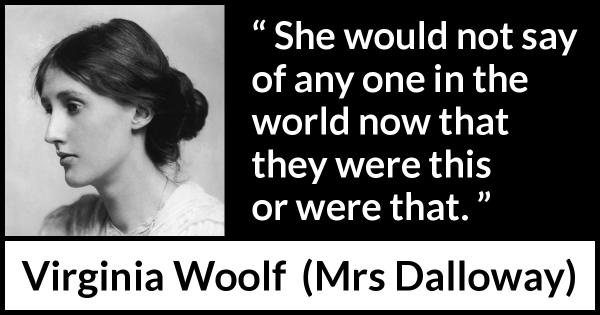 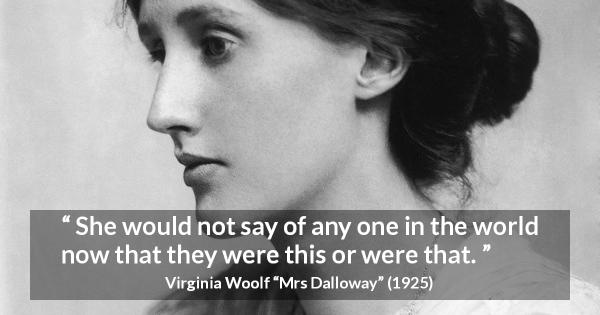 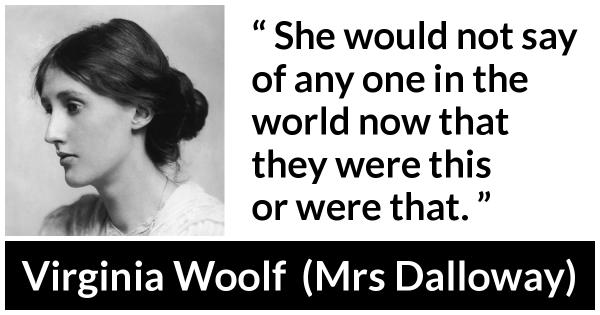 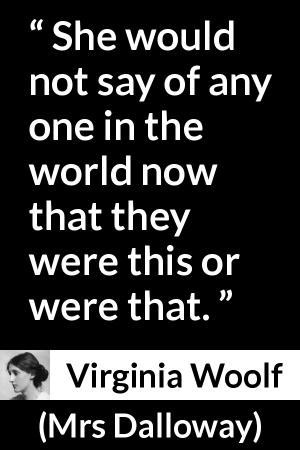 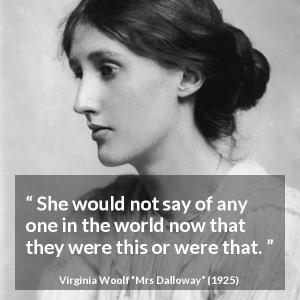 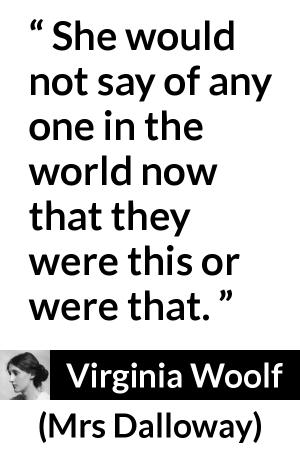