“ He who believes that each being has been created as we now see it, must occasionally have felt surprise when he has met with an animal having habits and structure not in agreement. ”
Charles Darwin, On The Origin of Species (1859). copy citation

“All the members of the great order of Hymenopterous insects are terrestrial, excepting the genus Proctotrupes, which Sir John Lubbock has discovered to be aquatic in its habits; it often enters the water and dives about by the use not of its legs but of its wings, and remains as long as four hours beneath the surface; yet it exhibits no modification in structure in accordance with its abnormal habits.
He who believes that each being has been created as we now see it, must occasionally have felt surprise when he has met with an animal having habits and structure not in agreement. What can be plainer than that the webbed feet of ducks and geese are formed for swimming? Yet there are upland geese with webbed feet which rarely go near the water; and no one except Audubon, has seen the frigate-bird, which has all its four toes webbed, alight on the surface of the ocean.” source

“Through not observing what is in the mind of another a man has seldom been seen to be unhappy; but those who do not observe the movements of their own minds must of necessity be unhappy.” Marcus Aurelius, Meditations 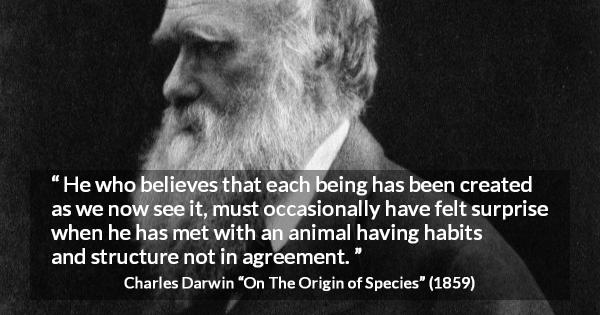 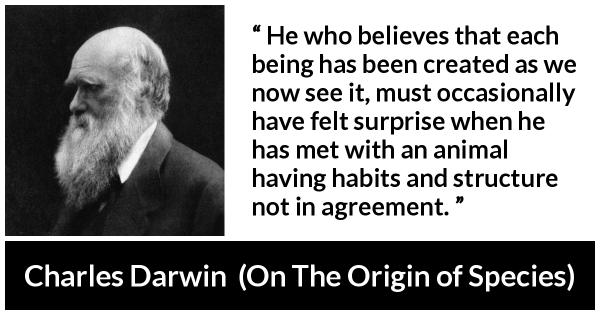 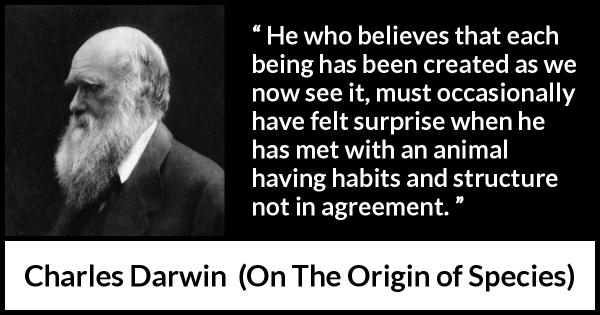 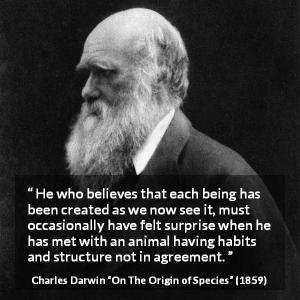 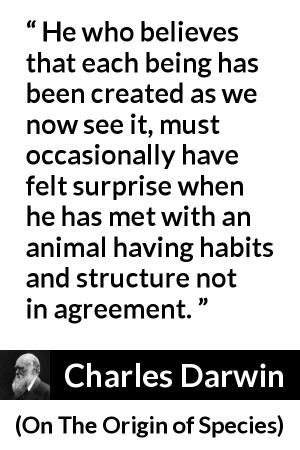 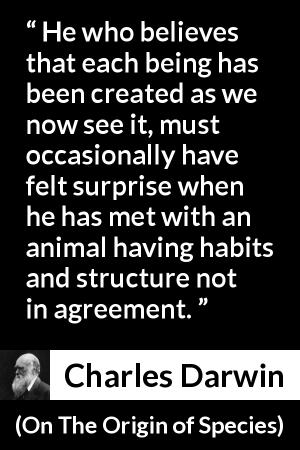