“ Life lived on life. There were the eaters and the eaten. The law was: EAT OR BE EATEN. ”
Jack London, White Fang (1906). copy citation

“This portion was composed of the non-killers and the small killers. The other portion killed and ate his own kind, or was killed and eaten by his own kind. And out of this classification arose the law. The aim of life was meat. Life itself was meat. Life lived on life. There were the eaters and the eaten. The law was: EAT OR BE EATEN. He did not formulate the law in clear, set terms and moralise about it. He did not even think the law; he merely lived the law without thinking about it at all.
He saw the law operating around him on every side.” source

“Thou hast been with the Monkey People—the gray apes—the people without a law—the eaters of everything.” Rudyard Kipling, The Jungle Book

“However, everything has an end, everything passes away, even the hunger of people who have not eaten for fifteen hours.” Jules Verne, Twenty Thousand Leagues under the Sea

“things never had been, nor ever could be much better or much worse—hunger, hardship, and disappointment being . . . the unalterable law of life.” George Orwell, Animal Farm

“Had the cub thought in man-fashion, he might have epitomised life as a voracious appetite and the world as a place wherein ranged a multitude of appetites, pursuing and being pursued, hunting and being hunted, eating and being eaten, all in...” Jack London, White Fang

“I went to the woods because I wished to live deliberately, to front only the essential facts of life, and see if I could not learn what it had to teach, and not, when I came to die, discover that I had not lived.” Henry David Thoreau, Walden 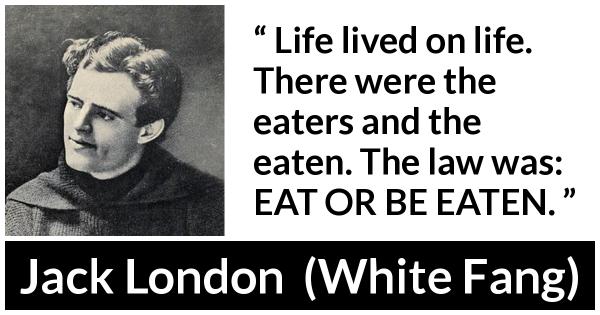 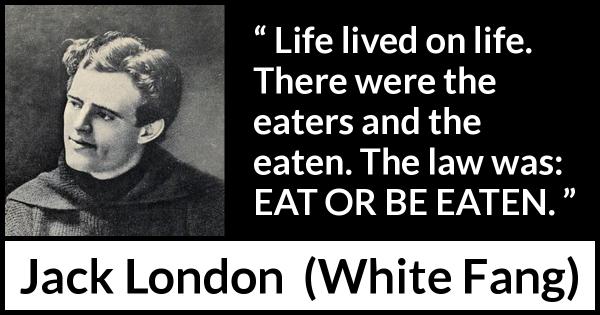 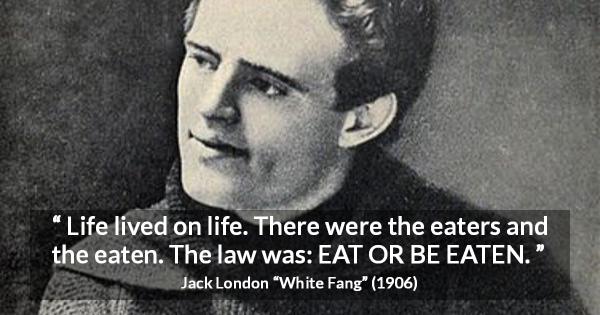 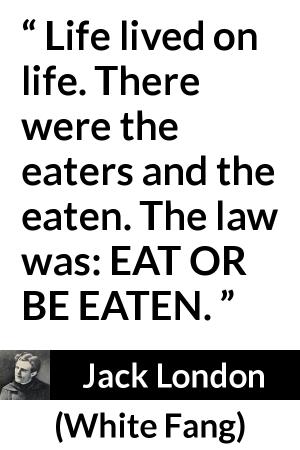 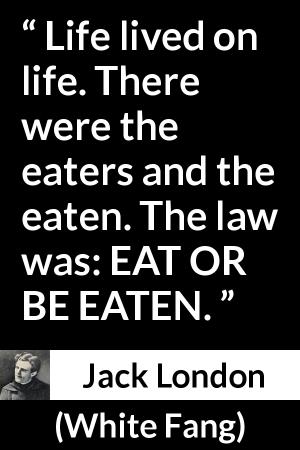 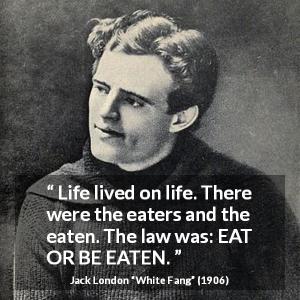