“ But there were other forces at work in the cub, the greatest of which was growth. Instinct and law demanded of him obedience. But growth demanded disobedience. ”
Jack London, White Fang (1906). copy citation

“His mother, coming home, growled as she smelt the wolverine's track, and bounded into the cave and licked and nozzled him with undue vehemence of affection. And the cub felt that somehow he had escaped a great hurt.
But there were other forces at work in the cub, the greatest of which was growth. Instinct and law demanded of him obedience. But growth demanded disobedience. His mother and fear impelled him to keep away from the white wall. Growth is life, and life is for ever destined to make for light. So there was no damming up the tide of life that was rising within him—rising with every mouthful of meat he swallowed, with every breath he drew.” source

“The strongest is never strong enough to be always the master, unless he transforms strength into right, and obedience into duty.” Jean-Jacques Rousseau, The Social Contract

“Fear urged him to go back, but growth drove him on.” Jack London, White Fang

“Fear is strange soil. Mainly it grows obedience like corn, which grows in rows and makes weeding easy. But sometimes it grows the potatoes of defiance, which flourish underground.” Terry Pratchett, Small Gods 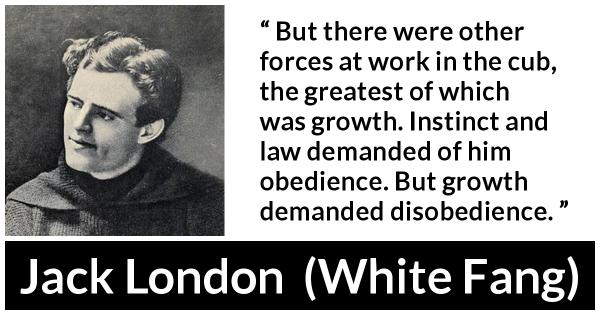 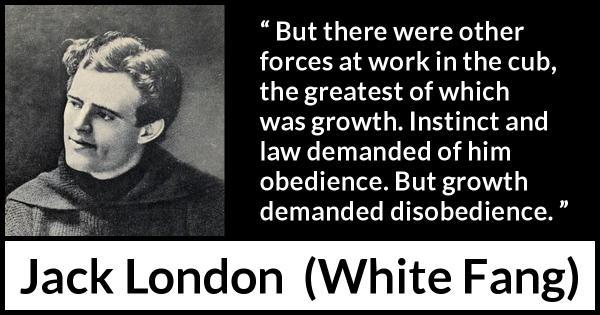 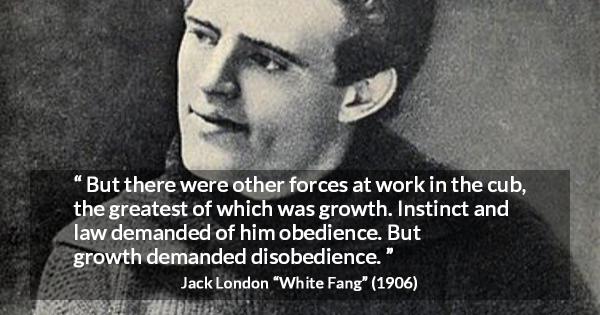 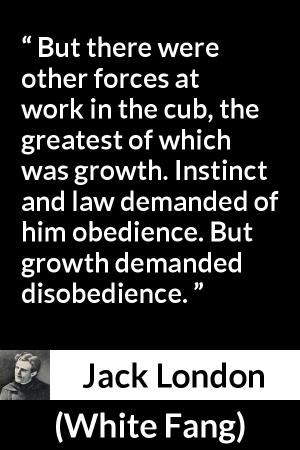 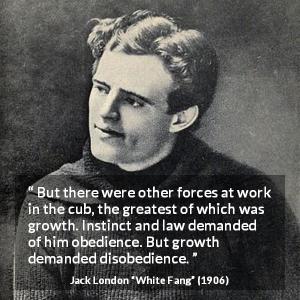