“ Love is a fault; so be it. Fantine was innocence floating high over fault. ”
Victor Hugo, Les Misérables (1862). copy citation

“Her brow, her nose, her chin, presented that equilibrium of outline which is quite distinct from equilibrium of proportion, and from which harmony of countenance results; in the very characteristic interval which separates the base of the nose from the upper lip, she had that imperceptible and charming fold, a mysterious sign of chastity, which makes Barberousse fall in love with a Diana found in the treasures of Iconia.
Love is a fault; so be it. Fantine was innocence floating high over fault.
CHAPTER IV—THOLOMYÈS IS SO MERRY THAT HE SINGS A SPANISH DITTY That day was composed of dawn, from one end to the other. All nature seemed to be having a holiday, and to be laughing. The flower-beds of Saint-Cloud perfumed the air; the breath of the Seine rustled the leaves vaguely; the branches gesticulated in the wind, bees pillaged the jasmines; a whole bohemia of butterflies swooped down upon the yarrow, the clover, and the sterile oats; in the august park of the King of France there was a pack of vagabonds, the birds.” source
Original quote
“L'amour est une faute ; soit. Fantine était l'innocence surnageant sur la faute.” Victor Hugo, Les Misérables

“Love is madness, and lust is poison.” George R. R. Martin, A Dance with Dragons

“Love surfeits not, Lust like a glutton dies; Love is all truth, Lust full of forged lies.” William Shakespeare, Venus and Adonis

“love is many things, none of them logical.” William Goldman, The Princess Bride

“Love is merely a madness; and, I tell you, deserves as well a dark house and a whip as madmen do: and the reason why they are not so punished and cured is, that the lunacy is so ordinary that the whippers are in love too.” William Shakespeare, As You Like It

“As usual, the fickle, unreasoning world took Muff Potter to its bosom and fondled him as lavishly as it had abused him before. But that sort of conduct is to the world's credit; therefore it is not well to find fault with it.” Mark Twain, The Adventures of Tom Sawyer

“I encountered in the street, a very poor young man who was in love. His hat was old, his coat was worn, his elbows were in holes; water trickled through his shoes, and the stars through his soul.” Victor Hugo, Les Misérables 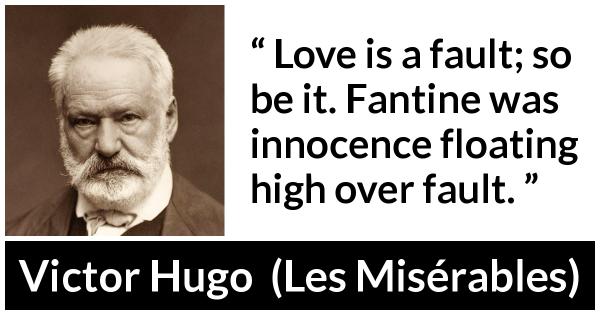 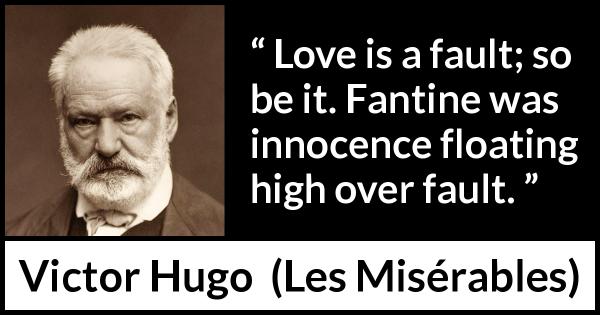 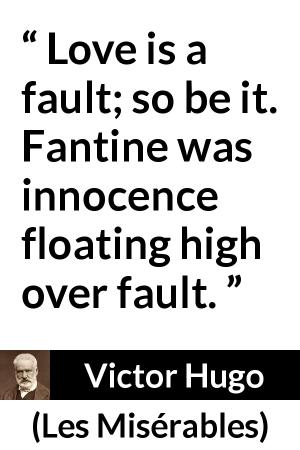 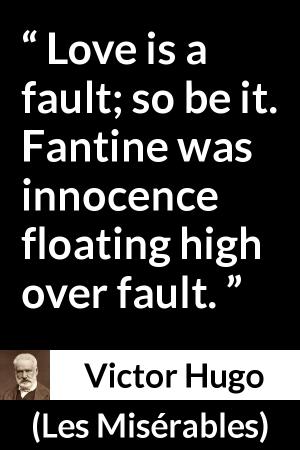 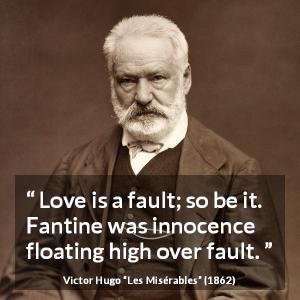