“ The man who can centre his thoughts and hopes upon something transcending self can find a certain peace in the ordinary troubles of life which is impossible to the pure egoist. ”
Bertrand Russell, The Conquest of Happiness (1930). copy citation

“Even great sorrows can be survived; troubles which seem as if they must put an end to happiness for life fade with the lapse of time until it becomes almost impossible to remember their poignancy. But over and above these self-centred considerations is the fact that one's ego is no very large part of the world. The man who can centre his thoughts and hopes upon something transcending self can find a certain peace in the ordinary troubles of life which is impossible to the pure egoist.
What might be called hygiene of the nerves has been much too little studied. Industrial psychology, it is true, has made elaborate investigations into fatigue, and has proved by careful statistics that if you go on doing something for a sufficiently long time you will ultimately get rather tired - a result which might have been guessed without so much parade of science.” source

“Again, to make peace either in oneself or among others, shows a man to be a follower of God, Who is the God of unity and peace.” Thomas Aquinas, Summa Theologica

“one cannot find peace in work or in pleasure, in the world or in a convent, but only in one's soul.” W. Somerset Maugham, The Painted Veil

“How selfish soever man may be supposed, there are evidently some principles in his nature, which interest him in the fortune of others, and render their happiness necessary to him, though he derives nothing from it except the pleasure of seeing it.” Adam Smith, The Theory of Moral Sentiments 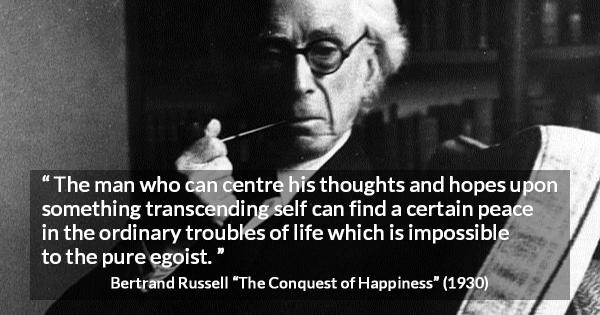 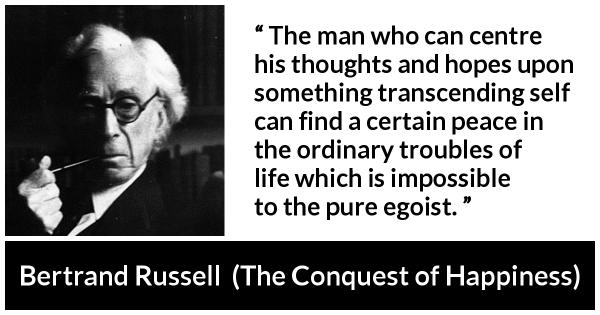 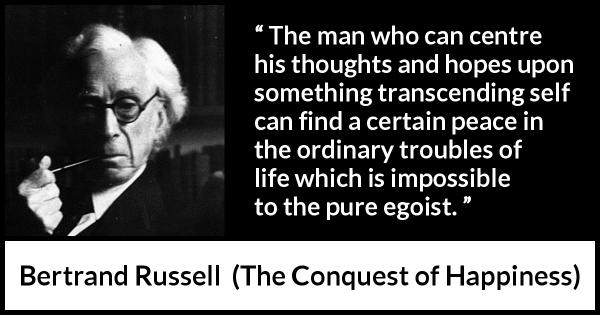 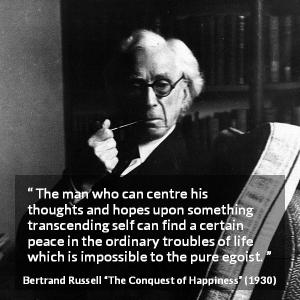 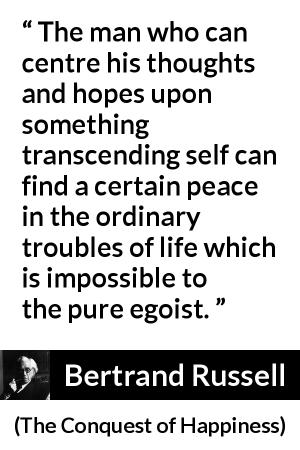 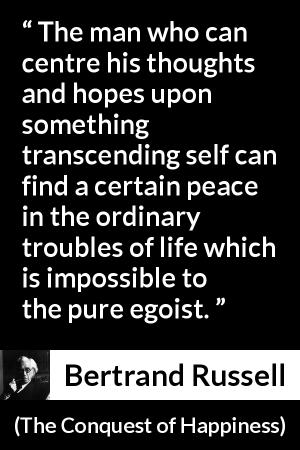