“He must walk warily and fearlessly, and while he should never brawl if he can avoid it, he must be ready to hit hard if the need arises. Let him remember, by the way, that the unforgivable crime is soft hitting. Do not hit at all if it can be avoided; but never hit softly.
Like most young men in politics, I went through various oscillations of feeling before I "found myself." At one period I became so impressed with the virtue of complete independence that I proceeded to act on each case purely as I personally viewed it, without paying any heed to the principles and prejudices of others.” source 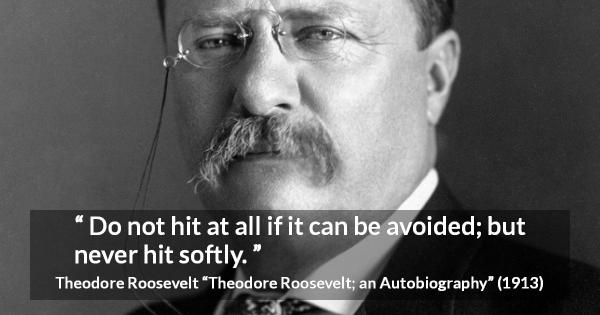 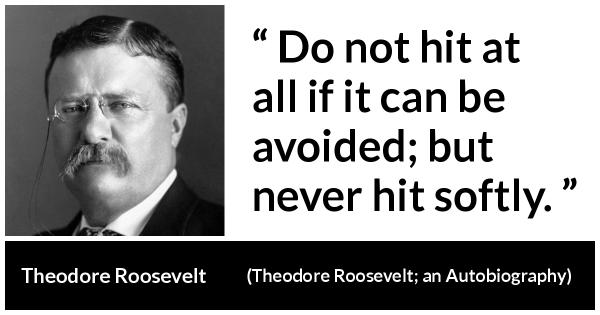 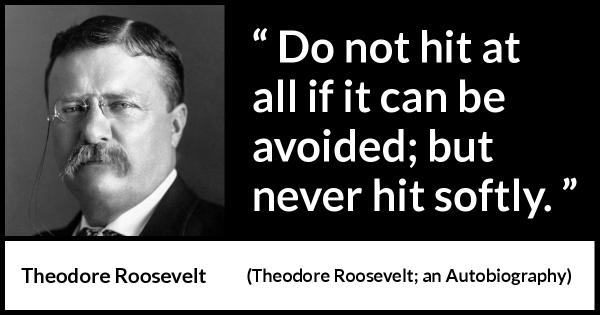 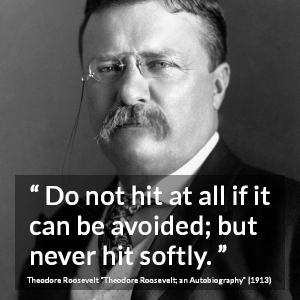 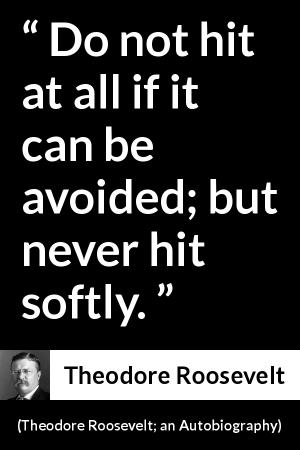