“Until that time, in dealing with the National Forests, and the public lands generally, private rights had almost uniformly been allowed to overbalance public rights. The change we made was right, and was vitally necessary; but, of course, it created bitter opposition from private interests.
One of the principles whose application was the source of much hostility was this: It is better for the Government to help a poor man to make a living for his family than to help a rich man make more profit for his company. This principle was too sound to be fought openly. It is the kind of principle to which politicians delight to pay unctuous homage in words. But we translated the words into deeds; and when they found that this was the case, many rich men, especially sheep owners, were stirred to hostility, and they used the Congressmen they controlled to assault us—getting most aid from certain demagogues, who were equally glad improperly to denounce rich men in public and improperly to serve them in private.” source

“A philanthropy that spends its time and money in helping the world to do more for itself is far better than the sort which merely gives and thus encourages idleness.” Henry Ford, My Life and Work

“If a free society cannot help the many who are poor, it cannot save the few who are rich.” John F. Kennedy, Inaugural Address 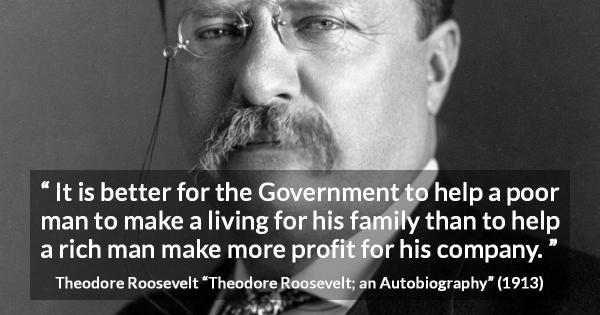 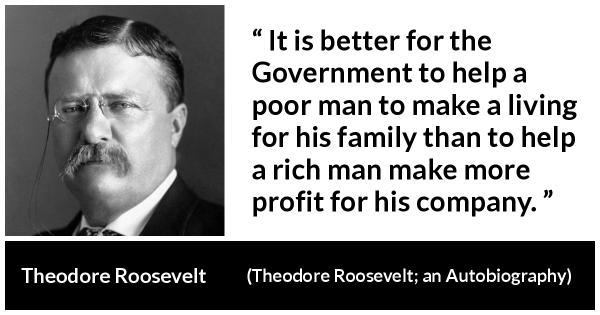 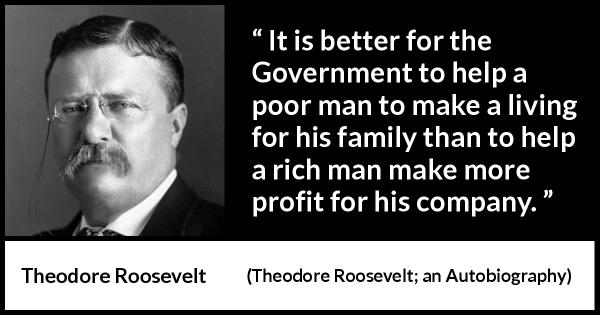 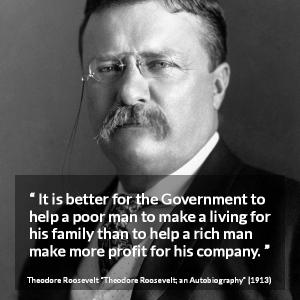 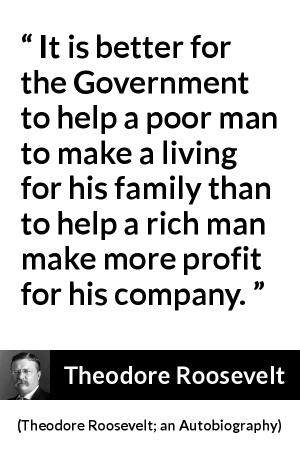 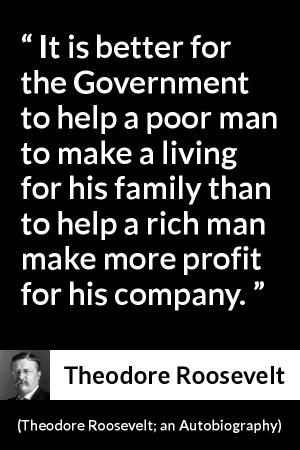