“I was fatigued with traveling, rowing, and want of rest, I was very hungry; and my whole stock of cash consisted of a Dutch dollar, and about a shilling in copper. The latter I gave the people of the boat for my passage, who at first refus'd it, on account of my rowing; but I insisted on their taking it. A man being sometimes more generous when he has but a little money than when he has plenty, perhaps thro' fear of being thought to have but little.
Then I walked up the street, gazing about till near the market-house I met a boy with bread. I had made many a meal on bread, and, inquiring where he got it, I went immediately to the baker's he directed me to, in Second-street, and ask'd for bisket, intending such as we had in Boston; but they, it seems, were not made in Philadelphia.” source

“People are very fond of giving away what they need most themselves. It is what I call the depth of generosity.” Oscar Wilde, The Picture of Dorian Gray

“the typical modern man desires to get with it is more money, with a view to ostentation, splendour, and the outshining of those who have hitherto been his equals.” Bertrand Russell, The Conquest of Happiness

“There is only one class in the community that thinks more about money than the rich, and that is the poor. The poor can think of nothing else.” Oscar Wilde, The Soul of Man under Socialism

“So much is a man worth as he esteems himself.” François Rabelais, Gargantua and Pantagruel

“No complaint, however, is more common than that of a scarcity of money.” Adam Smith, The Wealth of Nations 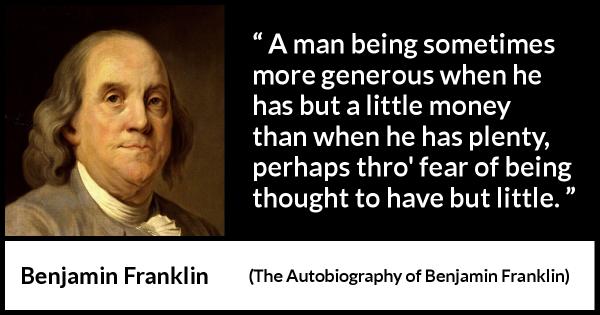 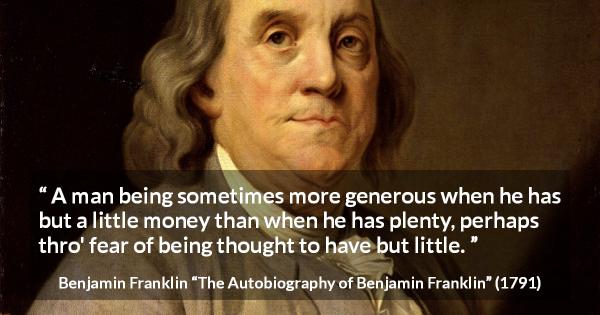 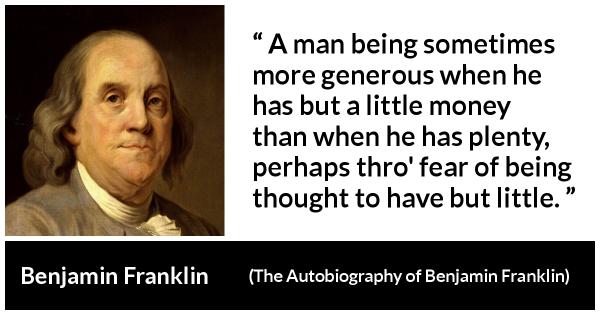 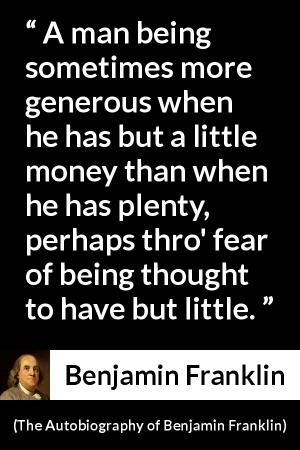 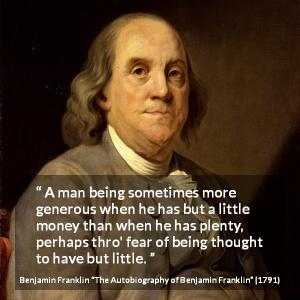 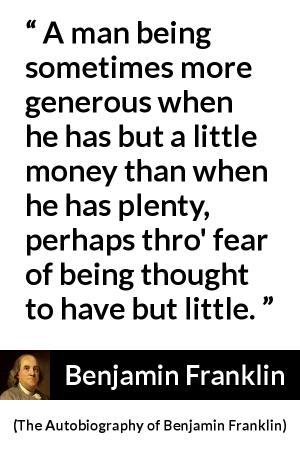