“ True, he said; how could they see anything but the shadows if they were never allowed to move their heads? ”
Plato, The Republic. copy citation

“You have shown me a strange image, and they are strange prisoners.
Like ourselves, I replied; and they see only their own shadows, or the shadows of one another, which the fire throws on the opposite wall of the cave?
True, he said; how could they see anything but the shadows if they were never allowed to move their heads?
And of the objects which are being carried in like manner they would only see the shadows?
Yes, he said.
And if they were able to converse with one another, would they not suppose that they were naming what was actually before them?” source

“If we shadows have offended, think but this,—and all is mended,— that you have but slumber'd here while these visions did appear.” William Shakespeare, A Midsummer Night's Dream

“I knew nothing but shadows, and I thought them real.” Oscar Wilde, The Picture of Dorian Gray

“Some people seemed to get all sunshine, and some all shadow.” Louisa May Alcott, Little Women 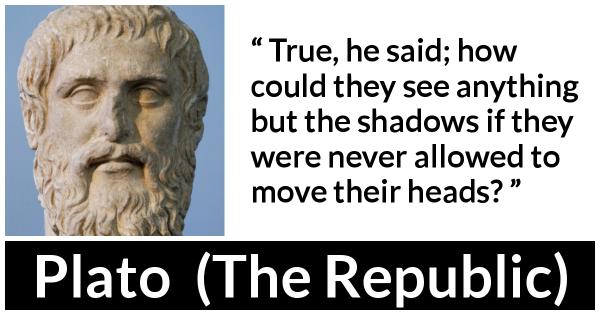 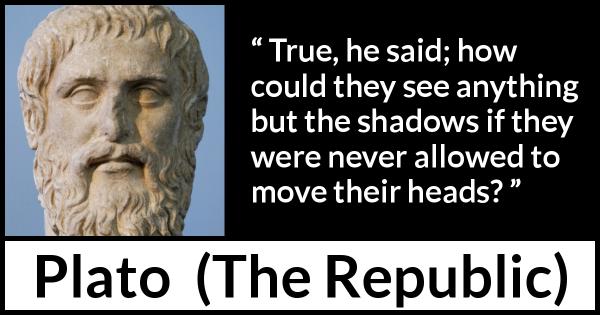 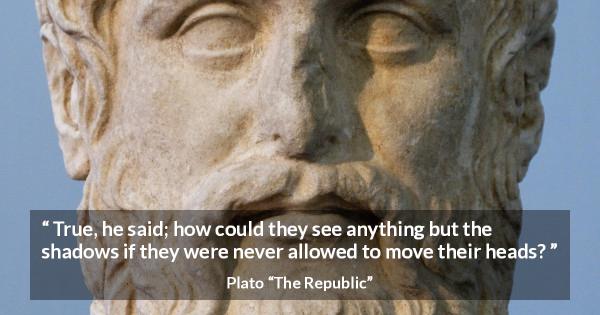 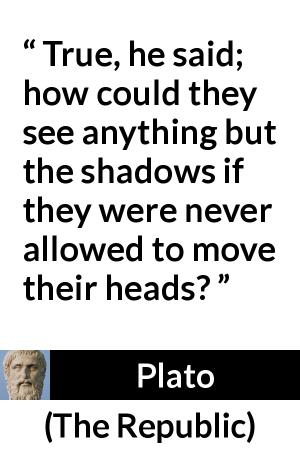 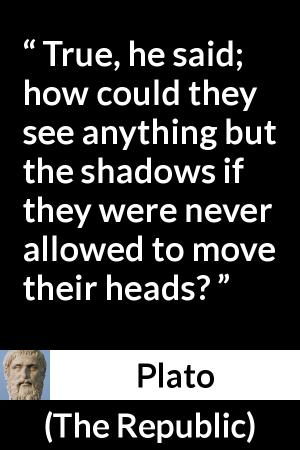 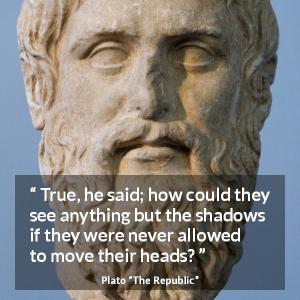