“ the States are as the men are; they grow out of human characters. ”
Plato, The Republic. copy citation

“Do you know, I said, that governments vary as the dispositions of men vary, and that there must be as many of the one as there are of the other? For we cannot suppose that States are made of 'oak and rock,' and not out of the human natures which are in them, and which in a figure turn the scale and draw other things after them?
Yes, he said, the States are as the men are; they grow out of human characters.
Then if the constitutions of States are five, the dispositions of individual minds will also be five?
Certainly.
Him who answers to aristocracy, and whom we rightly call just and good, we have already described.” source

“It runs as follows: The State is made for man, not man for the State.” Albert Einstein, The world as I see it

“There will never be a really free and enlightened State until the State comes to recognize the individual as a higher and independent power, from which all its own power and authority are derived, and treats him accordingly.” Henry David Thoreau, Civil Disobedience

“The representation of the world as the world itself is the work of men; they describe it from a point of view that is their own and that they confound with the absolute truth.” Simone de Beauvoir, The Second Sex

“The State in particular is turned into a quasi-animate personality from whom everything is expected. In reality it is only a camouflage for those individuals who know how to manipulate it.” Carl Jung, The Undiscovered Self

“Then we may begin by assuming that there are three classes of men—lovers of wisdom, lovers of honour, lovers of gain?” Plato, The Republic 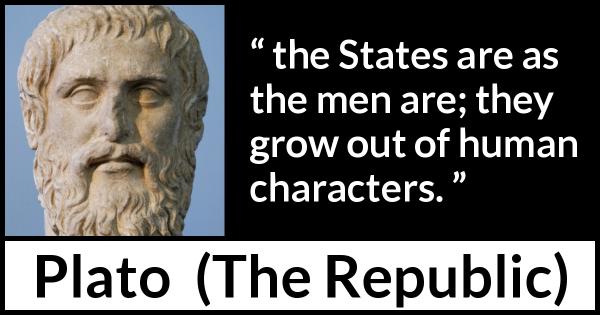 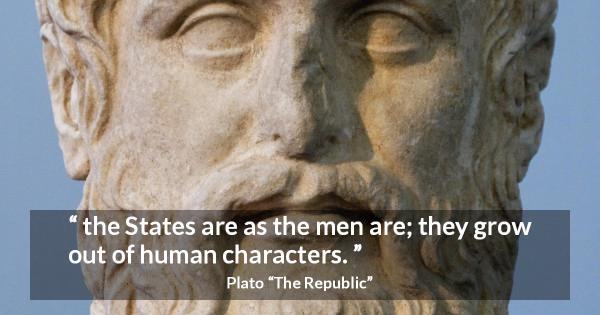 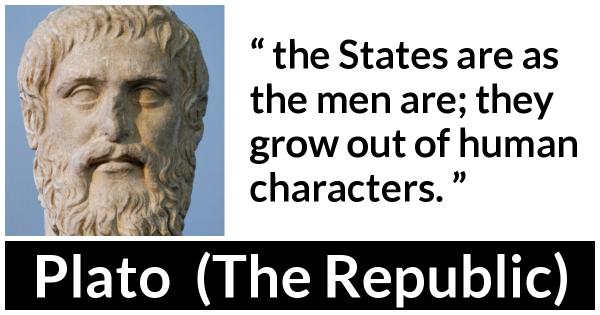 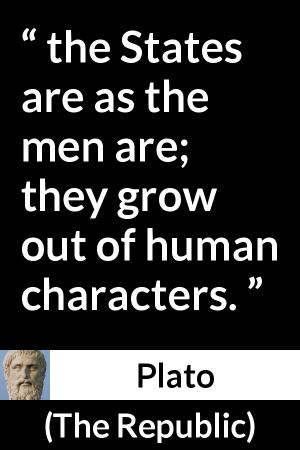 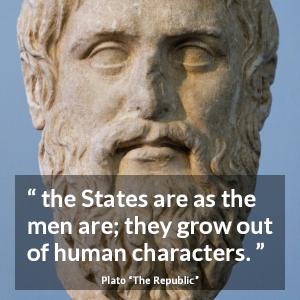 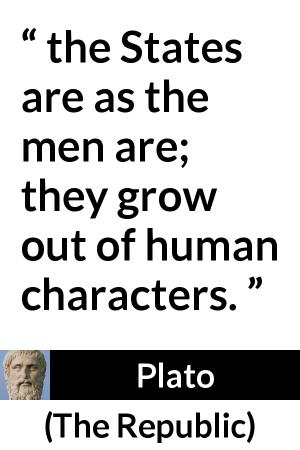