“ He has to live in the midst of the incomprehensible, which is also detestable. And it has a fascination, too, that goes to work upon him. ”
Joseph Conrad, Heart of Darkness (1899). copy citation

“Land in a swamp, march through the woods, and in some inland post feel the savagery, the utter savagery, had closed round him—all that mysterious life of the wilderness that stirs in the forest, in the jungles, in the hearts of wild men. There's no initiation either into such mysteries. He has to live in the midst of the incomprehensible, which is also detestable. And it has a fascination, too, that goes to work upon him. The fascination of the abomination—you know, imagine the growing regrets, the longing to escape, the powerless disgust, the surrender, the hate.»
He paused.
«Mind,» he began again, lifting one arm from the elbow, the palm of the hand outwards, so that, with his legs folded before him, he had the pose of a Buddha preaching in European clothes and without a lotus-flower—«Mind, none of us would feel exactly like this.” source

“The man of character finds an especial attractiveness in difficulty, since it is only by coming to grips with difficulty that he can realize his potentialities.” Charles de Gaulle, The Edge of the Sword 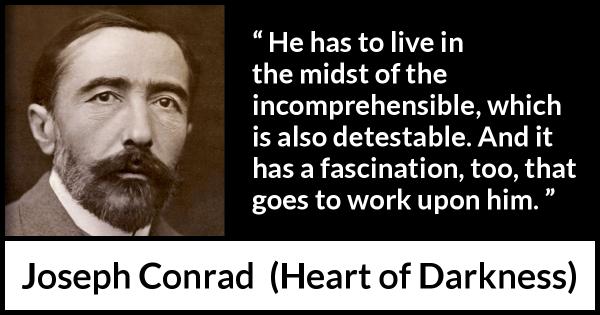 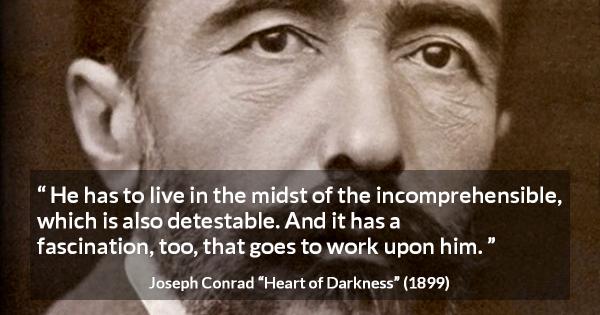 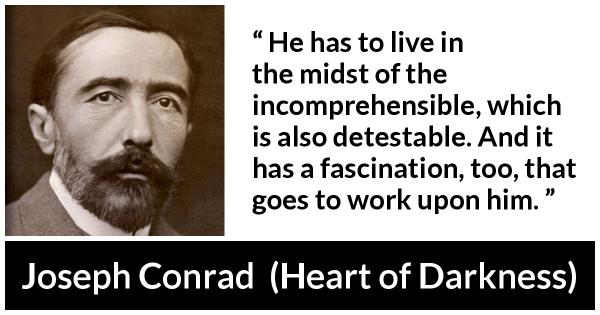 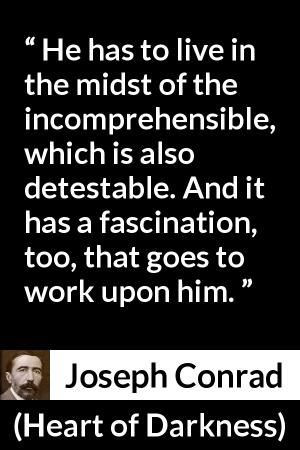 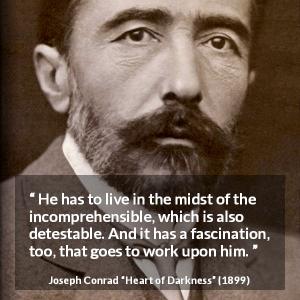 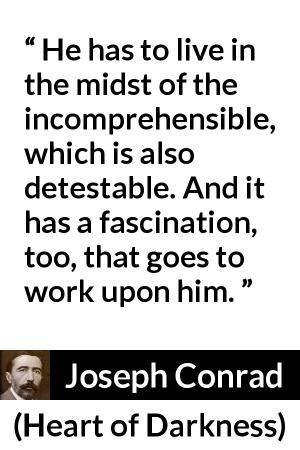