“ We are accustomed to look upon the shackled form of a conquered monster, but there—there you could look at a thing monstrous and free. ”
Joseph Conrad, Heart of Darkness (1899). copy citation

“We could not understand because we were too far and could not remember because we were travelling in the night of first ages, of those ages that are gone, leaving hardly a sign—and no memories.
«The earth seemed unearthly. We are accustomed to look upon the shackled form of a conquered monster, but there—there you could look at a thing monstrous and free. It was unearthly, and the men were—No, they were not inhuman. Well, you know, that was the worst of it—this suspicion of their not being inhuman. It would come slowly to one. They howled and leaped, and spun, and made horrid faces; but what thrilled you was just the thought of their humanity—like yours—the thought of your remote kinship with this wild and passionate uproar.” source

“What freedom men and women could have, were they not constantly tricked and trapped and enslaved and tortured by their sexuality! The only drawback in that freedom is that without it one would not be a human. One would be a monster.” John Steinbeck, East of Eden

“There's many a beast, then, in a populous city, and many a civil monster.” William Shakespeare, Othello

“Three seconds after reading the letter of the honourable Secretary of Marine, I felt that my true vocation, the sole end of my life, was to chase this disturbing monster and purge it from the world.” Jules Verne, Twenty Thousand Leagues under the Sea 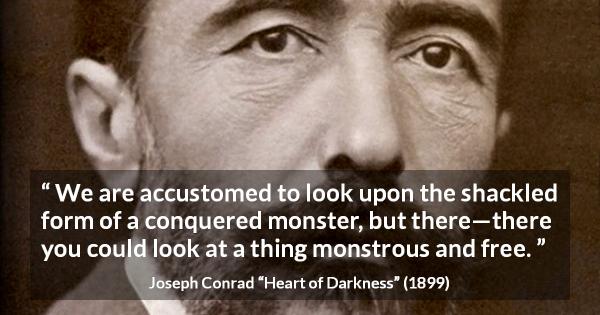 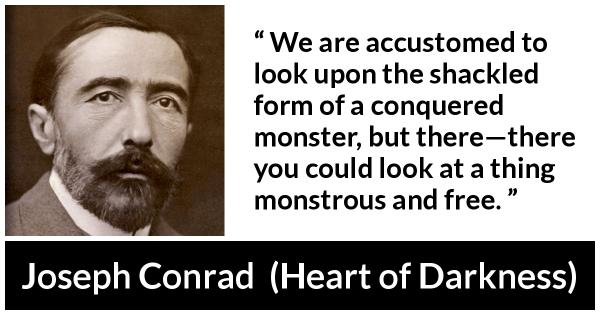 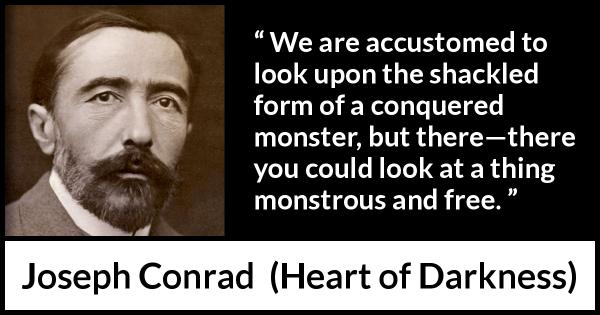 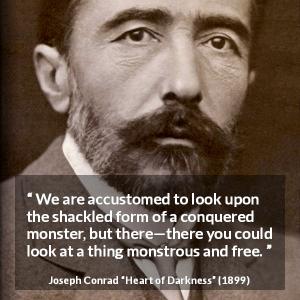 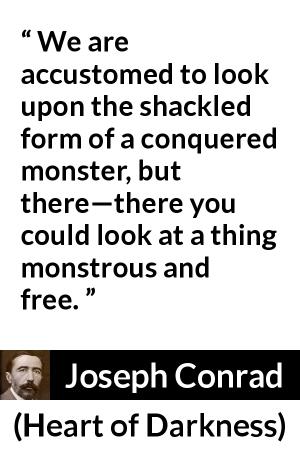 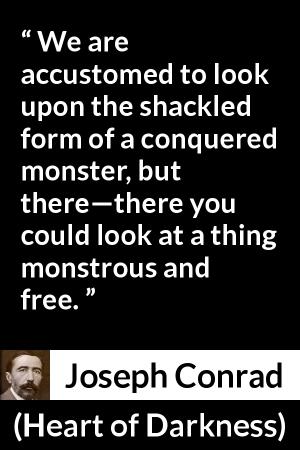