“ As a general rule, people, even the wicked, are much more naïve and simple-hearted than we suppose. And we ourselves are, too. ”
Fyodor Dostoyevsky, The Brothers Karamazov (1880). copy citation

“Fyodor Pavlovitch was drunk when he heard of his wife's death, and the story is that he ran out into the street and began shouting with joy, raising his hands to Heaven: «Lord, now lettest Thou Thy servant depart in peace,» but others say he wept without restraint like a little child, so much so that people were sorry for him, in spite of the repulsion he inspired. It is quite possible that both versions were true, that he rejoiced at his release, and at the same time wept for her who released him. As a general rule, people, even the wicked, are much more naïve and simple-hearted than we suppose. And we ourselves are, too.
CHAPTER II. He Gets Rid Of His Eldest Son
You can easily imagine what a father such a man could be and how he would bring up his children. His behavior as a father was exactly what might be expected.” source

“We must never forget that human motives are generally far more complicated than we are apt to suppose, and that we can very rarely accurately describe the motives of another.” Fyodor Dostoyevsky, The Idiot 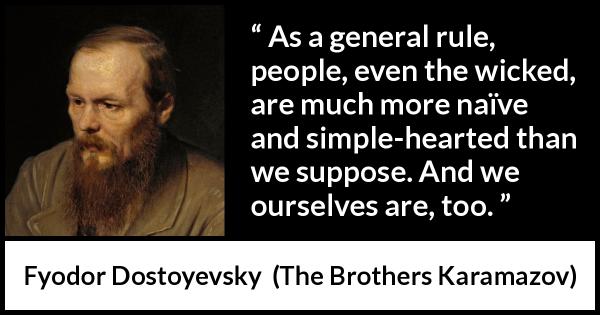 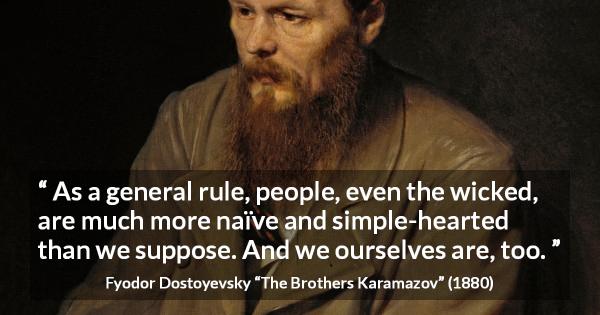 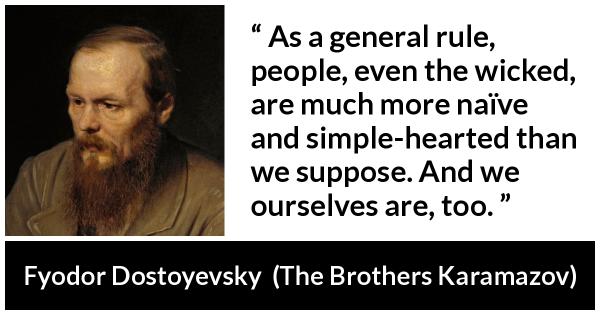 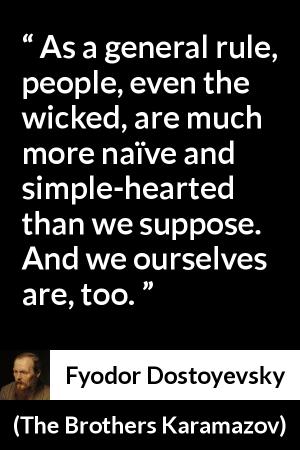 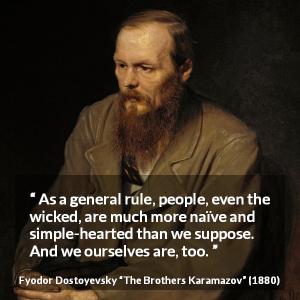 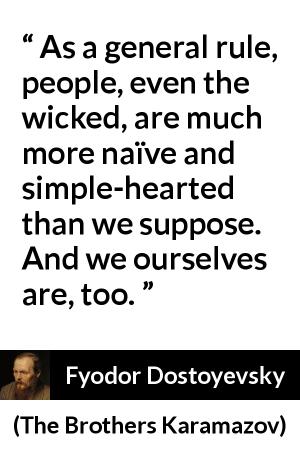