“ Happy families are all alike; every unhappy family is unhappy in its own way. ”
Leo Tolstoy, Anna Karenina (1877). copy citation

“PART ONE PART TWO PART THREE PART FOUR PART FIVE PART SIX PART SEVEN PART EIGHT PART ONE Chapter 1 Happy families are all alike; every unhappy family is unhappy in its own way.
Everything was in confusion in the Oblonskys' house. The wife had discovered that the husband was carrying on an intrigue with a French girl, who had been a governess in their family, and she had announced to her husband that she could not go on living in the same house with him.” source

“There's only one kind of happiness, but misfortune comes in all shapes and sizes.” Haruki Murakami, Kafka on the Shore

“The world of the happy is quite another than that of the unhappy.” Ludwig Wittgenstein, Tractatus Logico-Philosophicus

“The happier people can be, the unhappier they are.” Paulo Coelho, Veronika Decides to Die

“The troublesome ones in a family are usually either the wits or the idiots.” George Eliot, Middlemarch

“There are individual men and women, and there are families” Margaret Thatcher, The Downing Street Years

“Happiness and the absurd are two sons of the same earth. They are inseparable.” Albert Camus, The Myth of Sisyphus

“Happiness in marriage is entirely a matter of chance.” Jane Austen, Pride and Prejudice

“each of us knows only his own unhappiness.” André Malraux, Man's Fate

“Happiness lies not in the mere possession of money; it lies in the joy of achievement, in the thrill of creative effort.” Franklin D. Roosevelt, Looking Forward 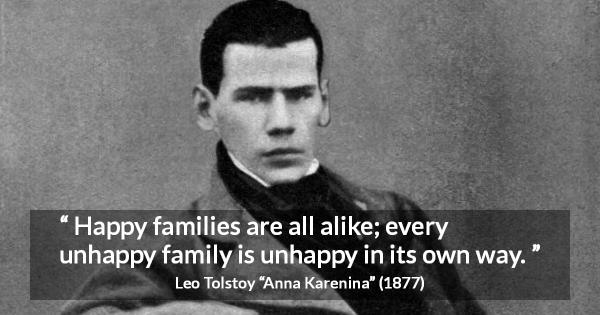 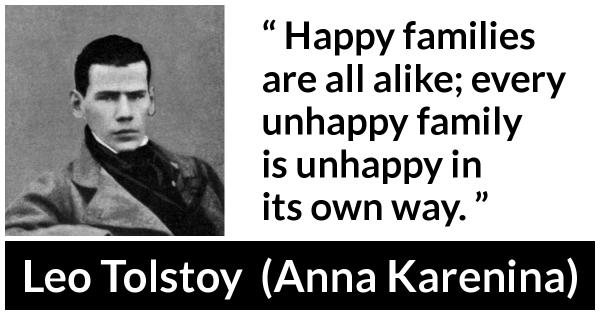 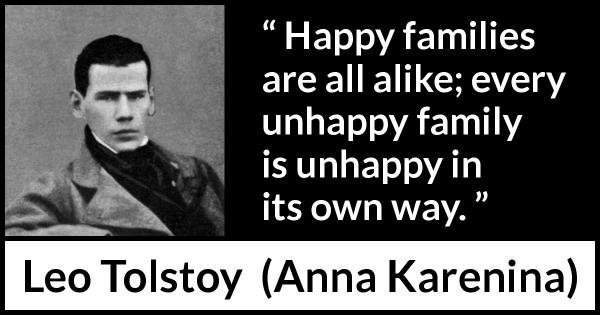 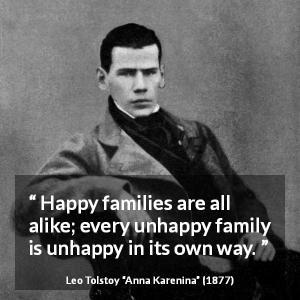 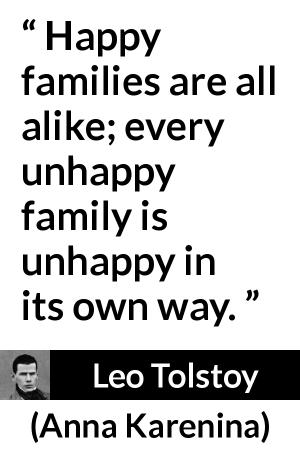 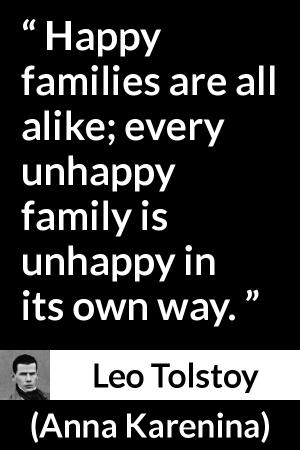