“ There are no conditions to which a man cannot become used, especially if he sees that all around him are living in the same way. ”
Leo Tolstoy, Anna Karenina (1877). copy citation

“And she felt that beside the love that bound them together there had grown up between them some evil spirit of strife, which she could not exorcise from his, and still less from her own heart.
Chapter 13 There are no conditions to which a man cannot become used, especially if he sees that all around him are living in the same way. Levin could not have believed three months before that he could have gone quietly to sleep in the condition in which he was that day, that leading an aimless, irrational life, living too beyond his means, after drinking to excess (he could not call what happened at the club anything else), forming inappropriately friendly relations with a man with whom his wife had once been in love, and a still more inappropriate call upon a woman who could only be called a lost woman, after being fascinated by that woman and causing his wife distress—he could still go quietly to sleep.” source 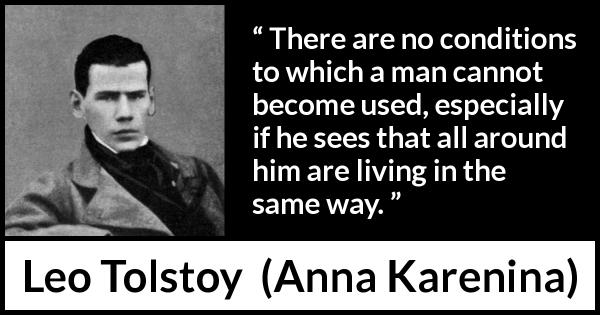 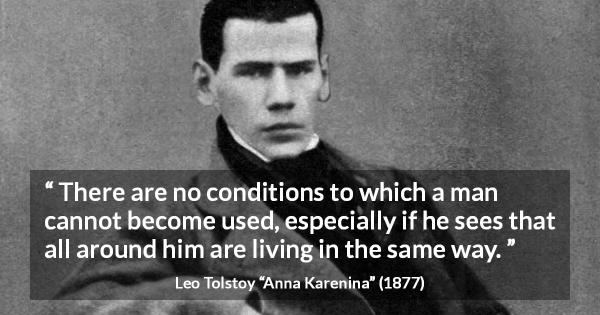 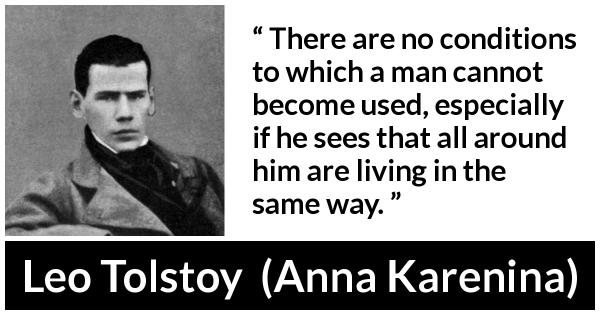 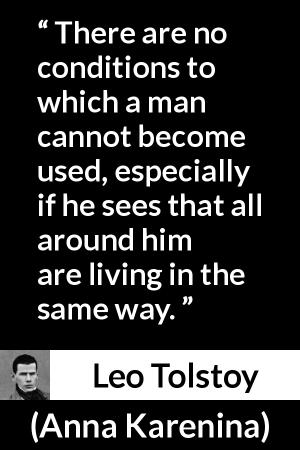 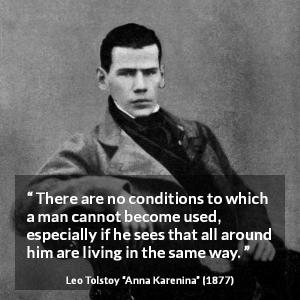 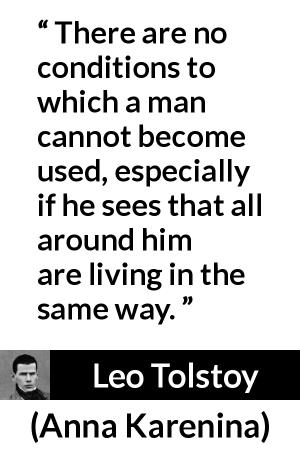