“ He was always in a hurry to speak, and seemed always to put his whole soul into what he was saying. ”
Leo Tolstoy, Anna Karenina (1877). copy citation

“«It seems to me,» Alexey Alexandrovitch said languidly, and with no haste, «that that's the same thing. In my opinion, influence over another people is only possible to the people which has the higher development, which….»
«But that's just the question,» Pestsov broke in in his bass. He was always in a hurry to speak, and seemed always to put his whole soul into what he was saying. «In what are we to make higher development consist? The English, the French, the Germans, which is at the highest stage of development? Which of them will nationalize the other? We see the Rhine provinces have been turned French, but the Germans are not at a lower stage!»” source

“His ear heard more than was said to him, and his slow speech had overtones not of thought, but of understanding beyond thought.” John Steinbeck, Of Mice and Men

“I said within myself that his language had caught fire from my eyes; for we women are not only the deities of the household fire, but the flame of the soul itself.” Rabindranath Tagore, The Home and the World 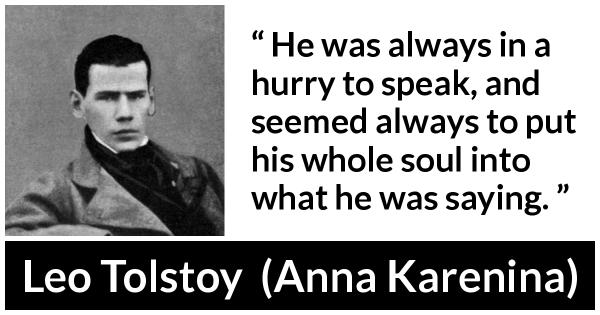 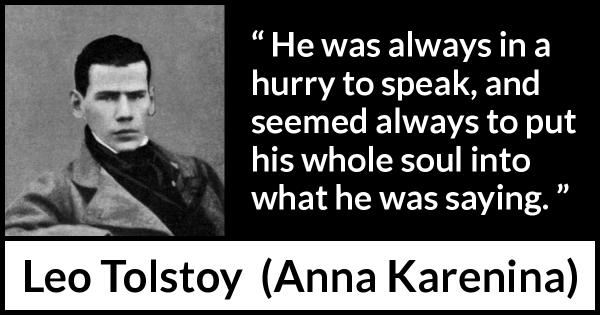 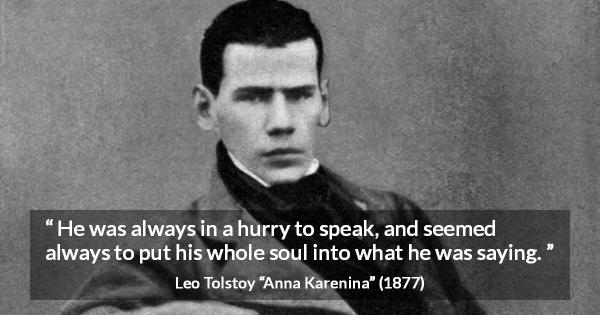 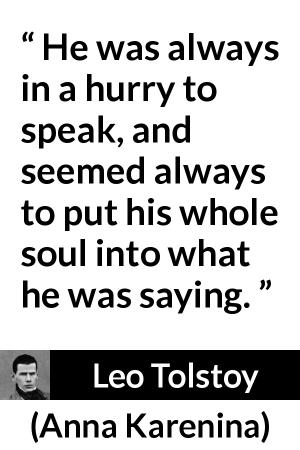 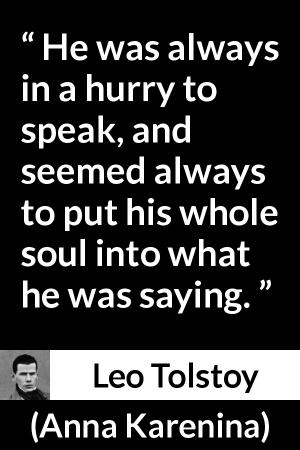 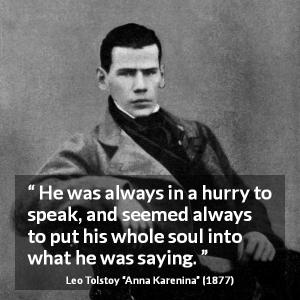