“ The thunderbolt without the reverberations of thunder would frighten man but little, though the danger lies in the lightning, not in the noise. ”
Jules Verne, Twenty Thousand Leagues under the Sea (1870). copy citation

“Now this familiarity was precisely what it was necessary to avoid. Our arms, which were noiseless, could only produce a moderate effect on the savages, who have little respect for aught but blustering things. The thunderbolt without the reverberations of thunder would frighten man but little, though the danger lies in the lightning, not in the noise.
At this moment the canoes approached the Nautilus, and a shower of arrows alighted on her.
I went down to the saloon, but found no one there. I ventured to knock at the door that opened into the Captain's room.” source
Original quote
“La foudre, sans les roulements du tonnerre, effraierait peu les hommes, bien que le danger soit dans l'éclair, non dans le bruit.” Jules Verne, Vingt Mille Lieues sous les mers

“fear can't hurt you any more than a dream.” William Golding, Lord of the Flies

“There are three things all wise men fear: the sea in storm, a night with no moon, and the anger of a gentle man.” Patrick Rothfuss, The Name of the Wind

“But becoming fearless isn't the point. that's impossible. It's learning how to control your fear, and how to be free from it, that's the point.” Veronica Roth, Divergent 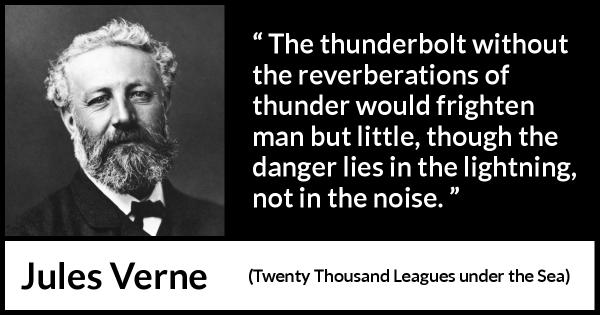 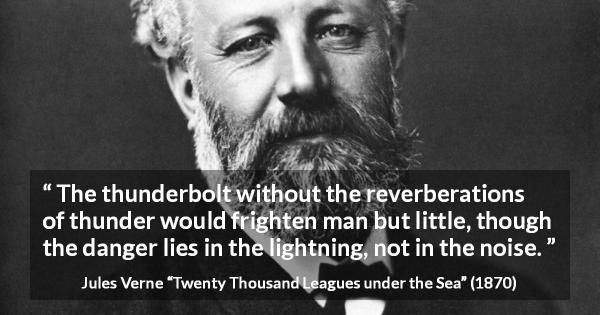 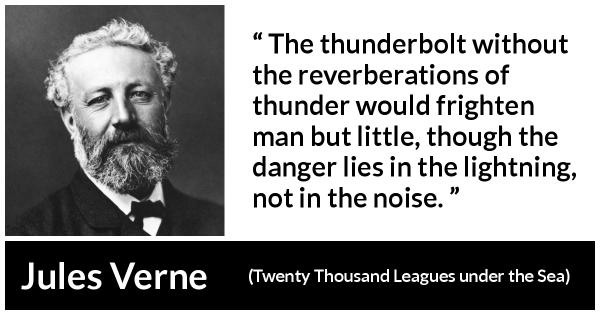 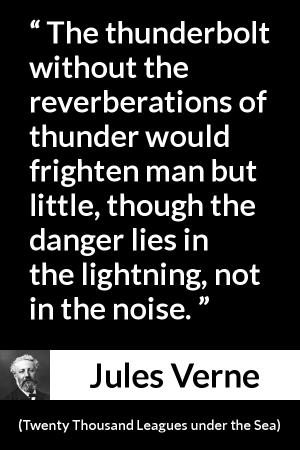 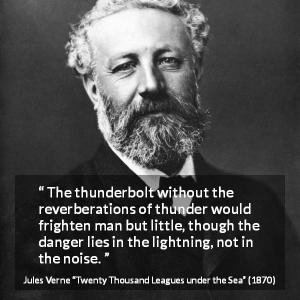 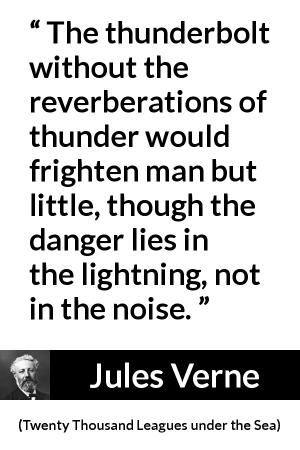