“ Great souls are always loyally submissive, reverent to what is over them; only small mean souls are otherwise. ”
Thomas Carlyle, On Heroes, Hero-Worship, and The Heroic in History (1841). copy citation

“On frost and mud, if you will, but honestly on that;—on the reality and substance which Nature gives us, not on the semblance, on the thing she has given another than us—!
And yet with all this rugged pride of manhood and self-help, was there ever soul more tenderly affectionate, loyally submissive to what was really higher than he? Great souls are always loyally submissive, reverent to what is over them; only small mean souls are otherwise. I could not find a better proof of what I said the other day, That the sincere man was by nature the obedient man; that only in a World of Heroes was there loyal Obedience to the Heroic. The essence of originality is not that it be new: Johnson believed altogether in the old; he found the old opinions credible for him, fit for him; and in a right heroic manner lived under them.” source

“A great man is always willing to be little.” Ralph Waldo Emerson, Compensation

“A certain simplicity of thought is common to serene souls at both ends of the social scale.” Joseph Conrad, The Secret Agent 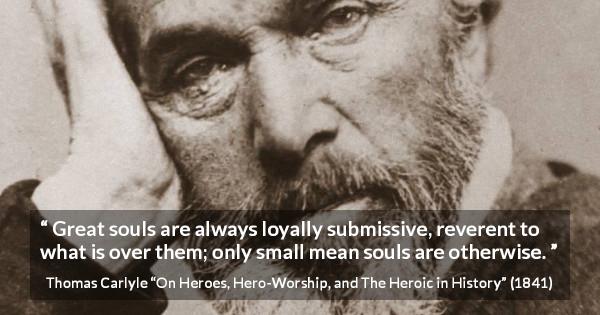 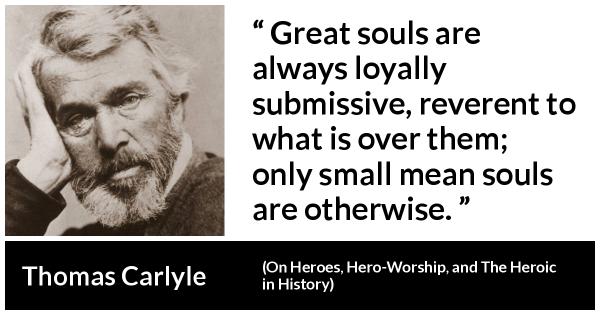 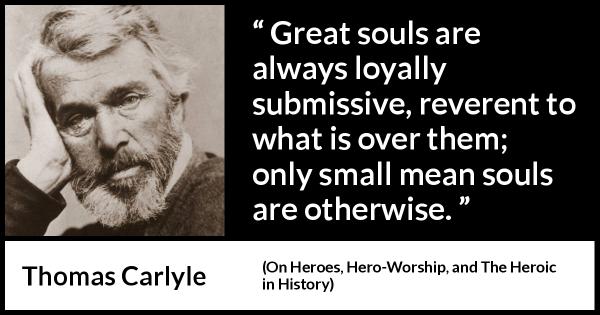 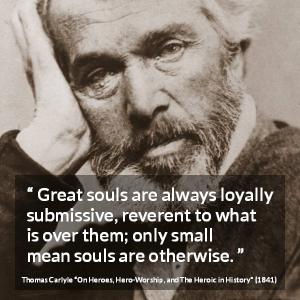 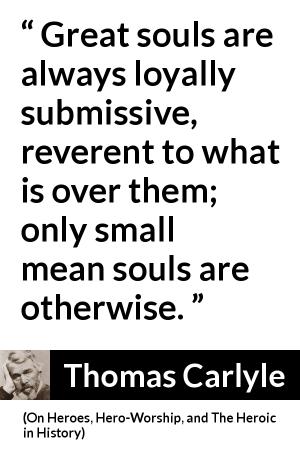 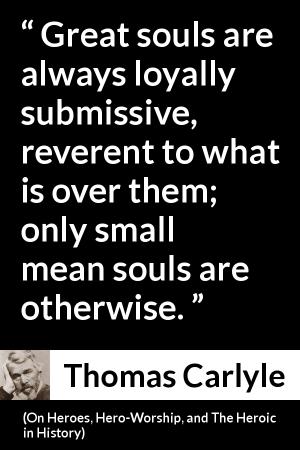