“ A woman's standard of truthfulness was tacitly held to be lower: she was the subject creature, and versed in the arts of the enslaved. ”
Edith Wharton, The Age of Innocence (1920). copy citation

“A lie by day, a lie by night, a lie in every touch and every look; a lie in every caress and every quarrel; a lie in every word and in every silence.
It was easier, and less dastardly on the whole, for a wife to play such a part toward her husband. A woman's standard of truthfulness was tacitly held to be lower: she was the subject creature, and versed in the arts of the enslaved. Then she could always plead moods and nerves, and the right not to be held too strictly to account; and even in the most strait-laced societies the laugh was always against the husband.
But in Archer's little world no one laughed at a wife deceived, and a certain measure of contempt was attached to men who continued their philandering after marriage.” source

“Doomed to procreation and secondary tasks, stripped of her practical importance and her mystical prestige, woman becomes no more than a servant.” Simone de Beauvoir, The Second Sex

“I learned a little of beauty—enough to know that it had nothing to do with truth” F. Scott Fitzgerald, The Beautiful and Damned

“I am far from pretending that wives are in general no better treated than slaves; but no slave is a slave to the same lengths, and in so full a sense of the word, as a wife is.” John Stuart Mill, The Subjection of Women

“The only way you can write the truth is to assume that what you set down will never be read.” Margaret Atwood, The Blind Assassin 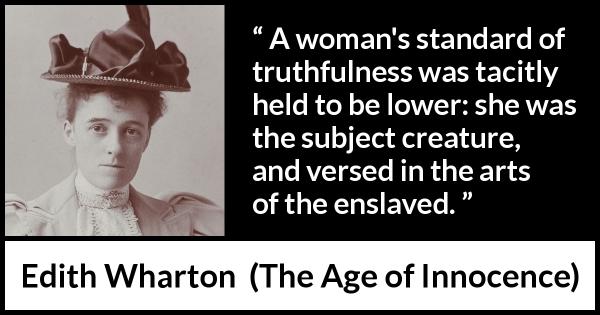 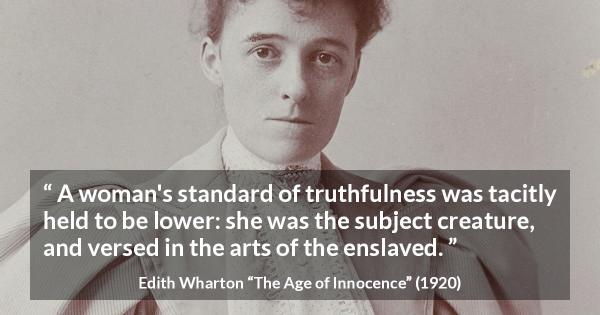 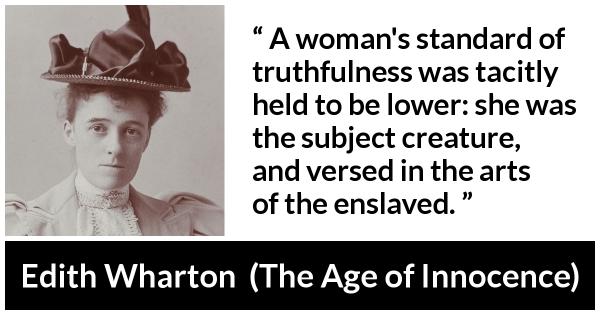 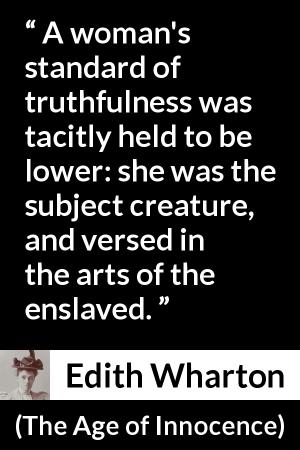 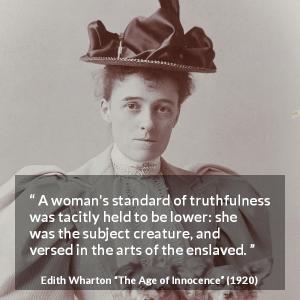 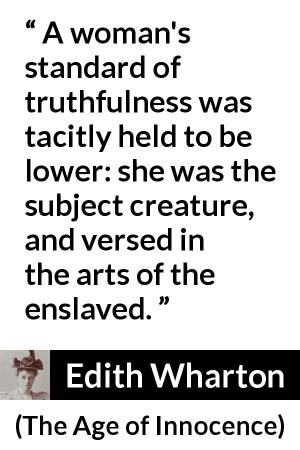