“ The tourist was the great conservative who hated novelty and adored dirt. ”
Henry Adams, The Education of Henry Adams (1906). copy citation

“He would have kept the Pope in the Vatican and the Queen at Windsor Castle as historical monuments. He did not care to Americanize Europe. The Bastille or the Ghetto was a curiosity worth a great deal of money, if preserved; and so was a Bishop; so was Napoleon III. The tourist was the great conservative who hated novelty and adored dirt. Adams came back to London without a thought of revolution or restlessness or reform. He wanted amusement, quiet, and gaiety.
Had he not been born in 1838 under the shadow of Boston State House, and been brought up in the Early Victorian epoch, he would have cast off his old skin, and made his court to Marlborough House, in partnership with the American woman and the Jew banker.” source

“The less a tourist knows, the fewer mistakes he need make, for he will not expect himself to explain ignorance.” Henry Adams, The Education of Henry Adams 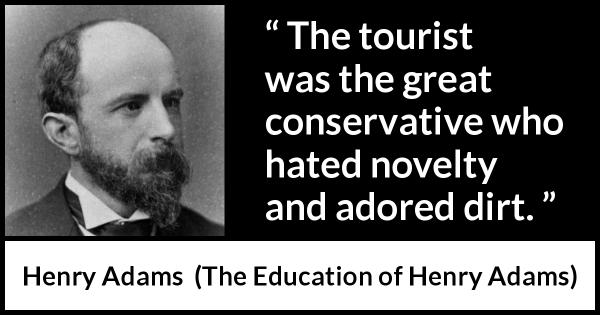 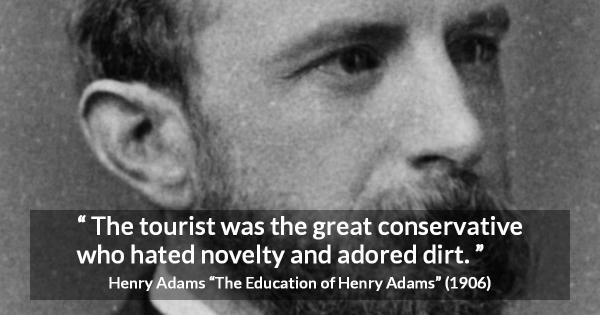 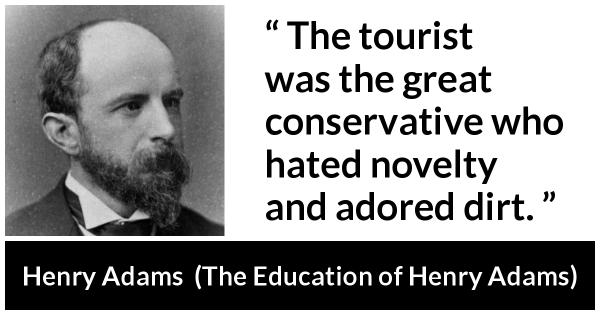 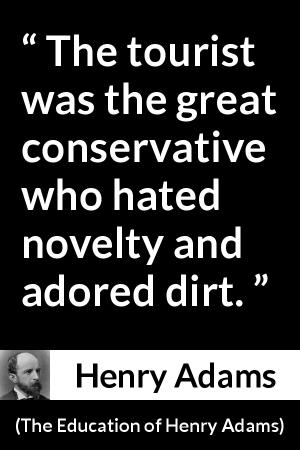 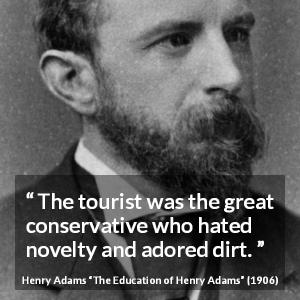 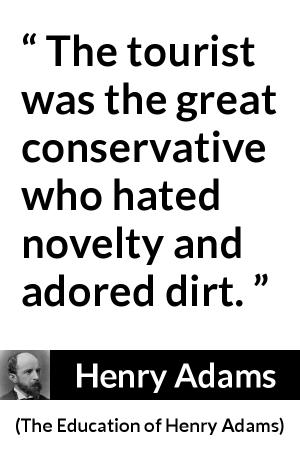