“ The true American knew something of the facts, but nothing of the feelings; he read the letter, but he never felt the law. ”
Henry Adams, The Education of Henry Adams (1906). copy citation

“The Venus of Epicurean philosophy survived in the Virgin of the Schools:— "Donna, sei tanto grande, e tanto vali, Che qual vuol grazia, e a te non ricorre, Sua disianza vuol volar senz' ali."
All this was to American thought as though it had never existed. The true American knew something of the facts, but nothing of the feelings; he read the letter, but he never felt the law. Before this historical chasm, a mind like that of Adams felt itself helpless; he turned from the Virgin to the Dynamo as though he were a Branly coherer. On one side, at the Louvre and at Chartres, as he knew by the record of work actually done and still before his eyes, was the highest energy ever known to man, the creator of four-fifths of his noblest art, exercising vastly more attraction over the human mind than all the steam-engines and dynamos ever dreamed of; and yet this energy was unknown to the American mind.” source

“That the American, by temperament, worked to excess, was true; work and whiskey were his stimulants; work was a form of vice; but he never cared much for money or power after he earned them.” Henry Adams, The Education of Henry Adams

“The feelings of our heart, the agitation of our passions, the vehemence of our affections, dissipate all its conclusions, and reduce the profound philosopher to a mere plebeian.” David Hume, An Enquiry Concerning Human Understanding 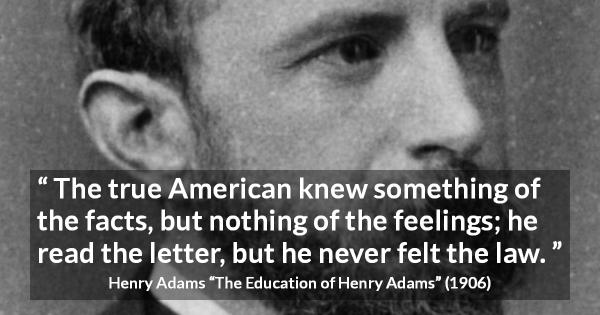 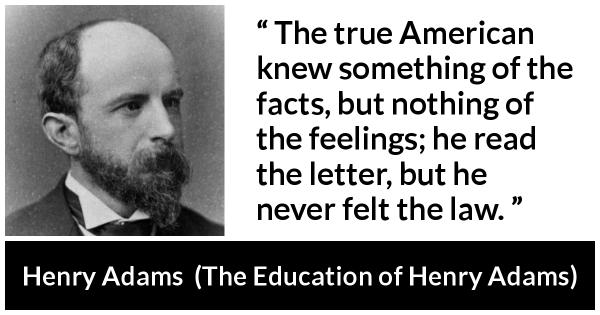 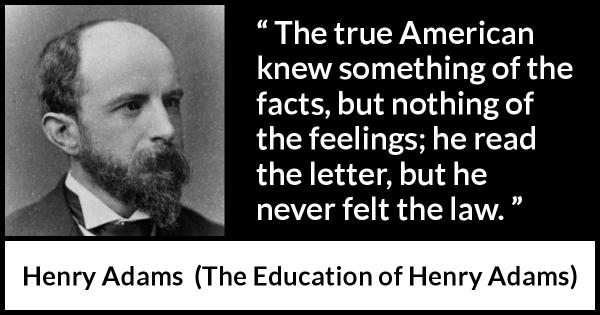 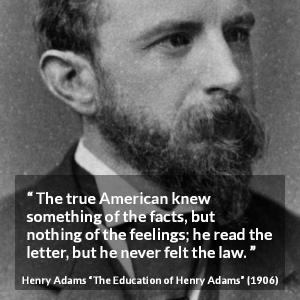 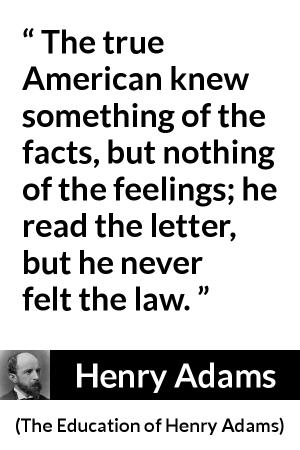 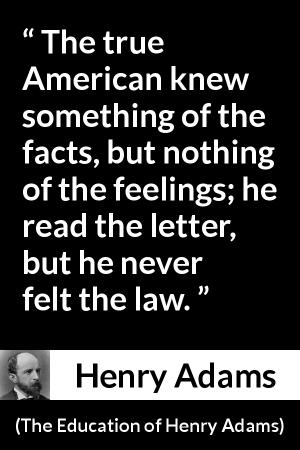