“ The Law has a promise but it is a conditional promise, depending upon whether people fulfill the Law. ”
Martin Luther, Commentary on the Epistle to the Galatians (1535). copy citation

“It may be that the similarity of these two names gave Paul his idea for this allegory. As Hagar bore Abraham a son who was not an heir but a servant, so Sinai, the Law, the allegorical Hagar, bore God a carnal and servile people of the Law without promise. The Law has a promise but it is a conditional promise, depending upon whether people fulfill the Law.
The Jews regarded the conditional promises of the Law as if they were unconditional. When the prophets foretold the destruction of Jerusalem, the Jews stoned them as blasphemers of God. They never gave it any thought that there was a condition attached to the Law which reads: "If you keep the commandments it shall be well with thee."” source

“A promise must be about things that I can do, about actions: no one can promise to go on feeling in a certain way.” C. S. Lewis, Mere Christianity

“Love is keeping the promise anyway.” John Green, The Fault in Our Stars

“But the foundation of justice is good faith, that is, steadfastness and truth in promises and agreements.” Marcus Tullius Cicero, On Duties

“Many a law, many a commandment have I broken, but my word never.” Walter Scott, Ivanhoe

“No mans error becomes his own Law; nor obliges him to persist in it.” Thomas Hobbes, Leviathan 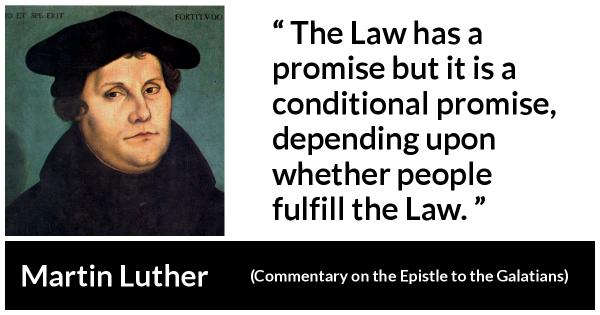 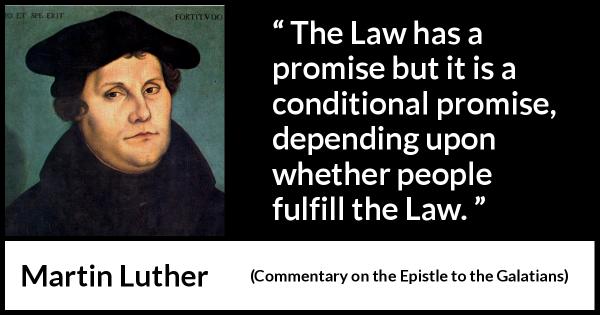 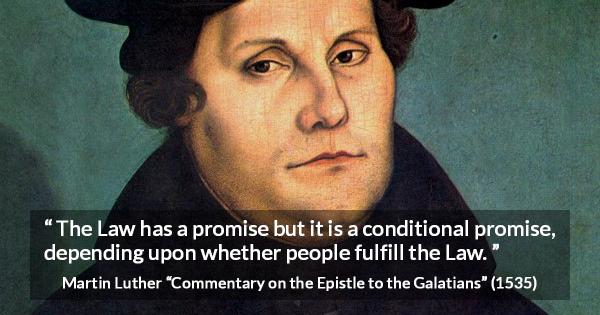 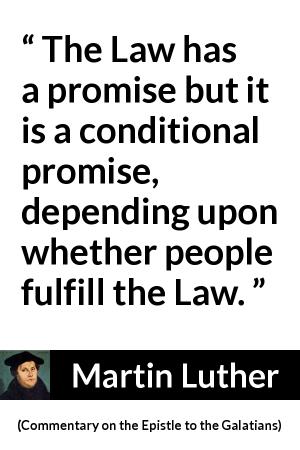 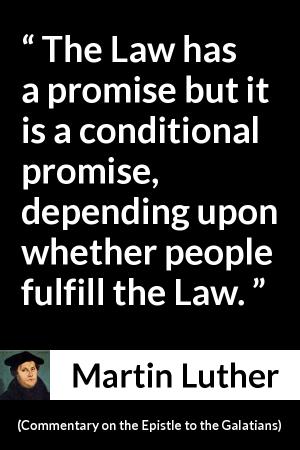 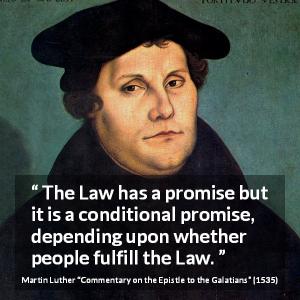