“And whereas they have, all their times, sacrificed to themselves, they become in the end, themselves sacrifices to the inconstancy of fortune, whose wings they thought, by their self-wisdom, to have pinioned.
Of Innovations AS THE births of living creatures, at first are ill-shapen, so are all innovations, which are the births of time. Yet notwithstanding, as those that first bring honor into their family, are commonly more worthy than most that succeed, so the first precedent (if it be good) is seldom attained by imitation. For ill, to man's nature, as it stands perverted, hath a natural motion, strongest in continuance; but good, as a forced motion, strongest at first.” source

“Every existing thing is born without reason, prolongs itself out of weakness and dies by chance.” Jean-Paul Sartre, Nausea

“There are many events in the womb of time which will be delivered.” William Shakespeare, Othello

“human beings are not born once and for all on the day their mothers give birth to them, but . . . life obliges them over and over again to give birth to themselves.” Gabriel García Márquez, Love in the Time of Cholera

“Moreover, the act of birth is the first experience of anxiety, and thus the source and prototype of the affect of anxiety.” Sigmund Freud, The Interpretation of Dreams

“A man that is young in years, may be old in hours, if he have lost no time.” Francis Bacon, The Essays of Francis Bacon 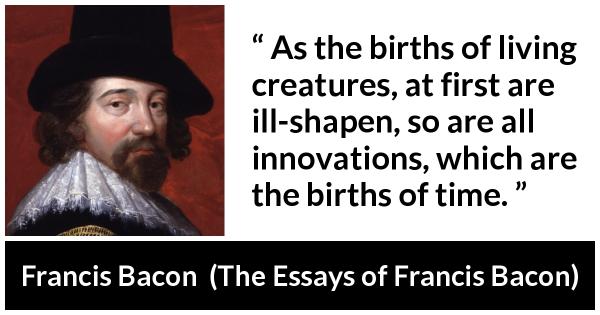 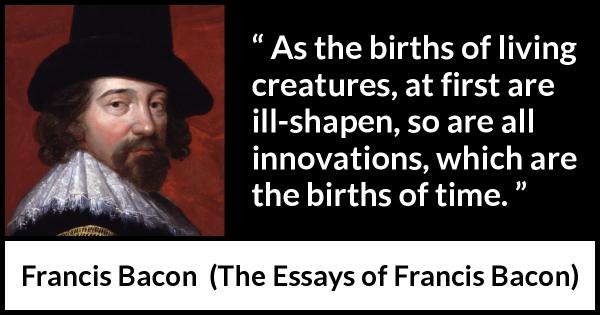 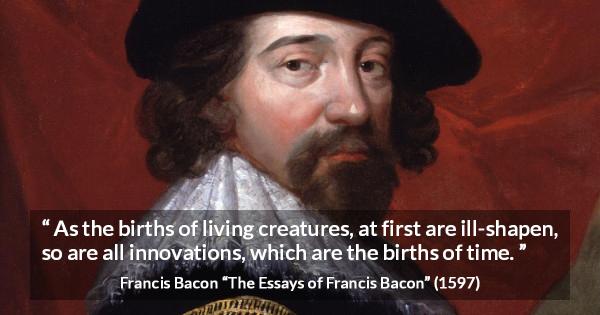 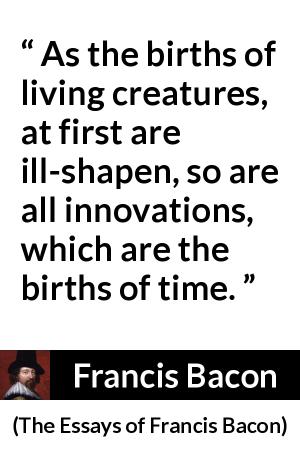 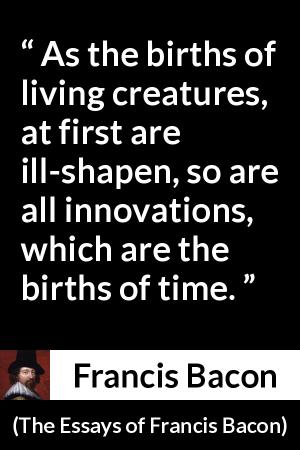 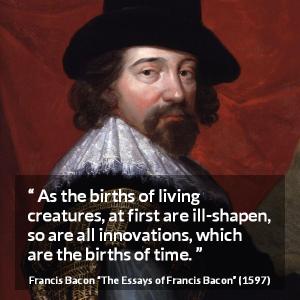