“ It is preposterous to suppose that the people of one generation can lay down the best and only rules of government for all who are to come after them, and under unforeseen contingencies. ”
Ulysses S. Grant, Personal Memoirs of Ulysses S. Grant (1885). copy citation

“If they had foreseen it, the probabilities are they would have sanctioned the right of a State or States to withdraw rather than that there should be war between brothers.
The framers were wise in their generation and wanted to do the very best possible to secure their own liberty and independence, and that also of their descendants to the latest days. It is preposterous to suppose that the people of one generation can lay down the best and only rules of government for all who are to come after them, and under unforeseen contingencies. At the time of the framing of our constitution the only physical forces that had been subdued and made to serve man and do his labor, were the currents in the streams and in the air we breathe. Rude machinery, propelled by water power, had been invented; sails to propel ships upon the waters had been set to catch the passing breeze—but the application of stream to propel vessels against both wind and current, and machinery to do all manner of work had not been thought of.” source

“The need for government in these respects arises because absolute freedom is impossible. However attractive anarchy may be as a philosophy, it is not feasible in a world of imperfect men.” Milton Friedman, Capitalism and Freedom

“You spend your whole life stuck in the labyrinth, thinking about how you'll escape it one day, and how awesome it will be, and imagining that future keeps you going, but you never do it. You just use the future to escape the present.” John Green, Looking for Alaska 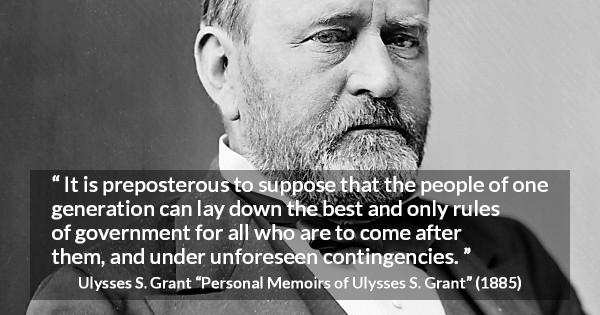 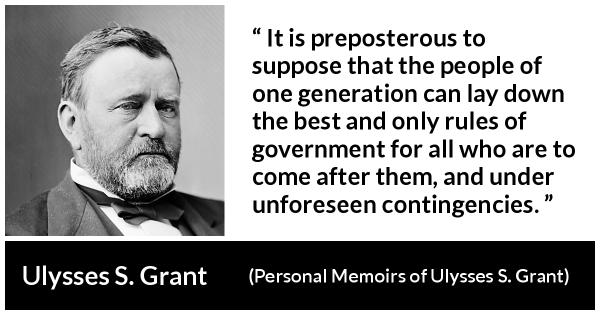 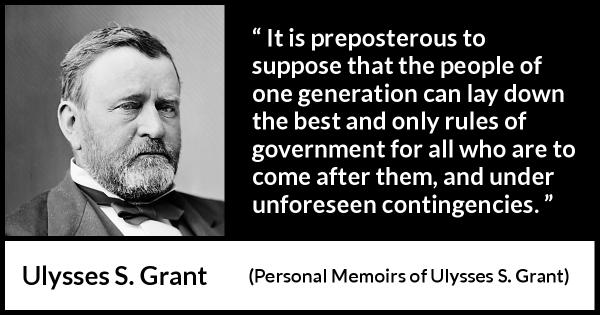 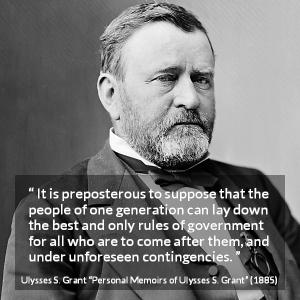 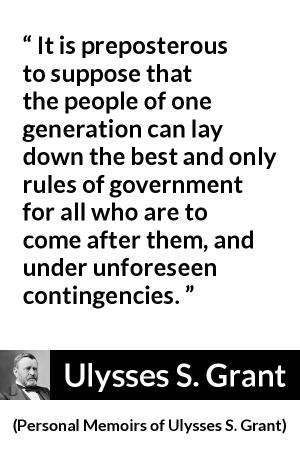 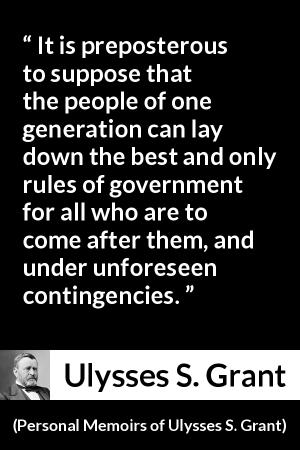