“ Neither of these speculations is unreasonable, and they are mentioned to show how little men control their own destiny. ”
Ulysses S. Grant, Personal Memoirs of Ulysses S. Grant (1885). copy citation

“Had Hamer filled that office his partiality for me was such, there is but little doubt I should have been appointed to one of the staff corps of the army—the Pay Department probably—and would therefore now be preparing to retire. Neither of these speculations is unreasonable, and they are mentioned to show how little men control their own destiny.
Reinforcements having arrived, in the month of August the movement commenced from Matamoras to Camargo, the head of navigation on the Rio Grande. The line of the Rio Grande was all that was necessary to hold, unless it was intended to invade Mexico from the North.” source

“Those who restrain Desire, do so because theirs is weak enough to be restrained” William Blake, The Marriage of Heaven and Hell

“In times like the present men should utter nothing for which they would not willingly be responsible through time and in eternity.” Abraham Lincoln, State of the Union Address 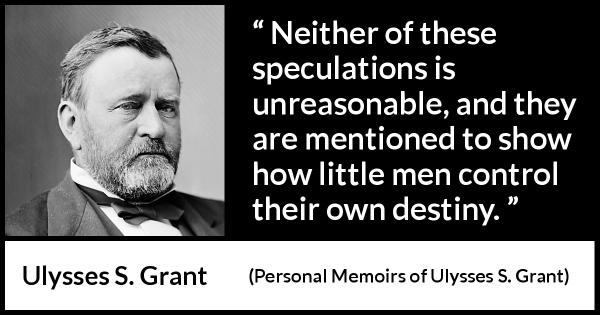 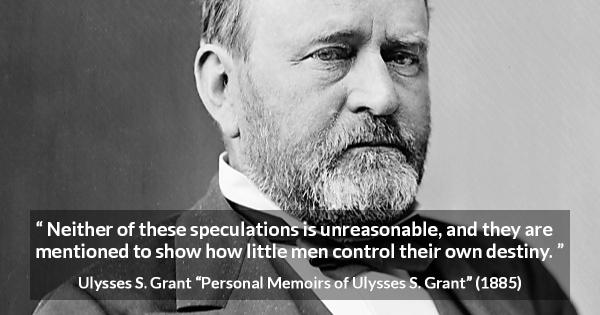 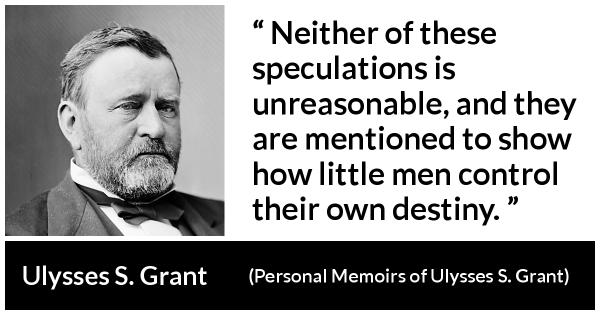 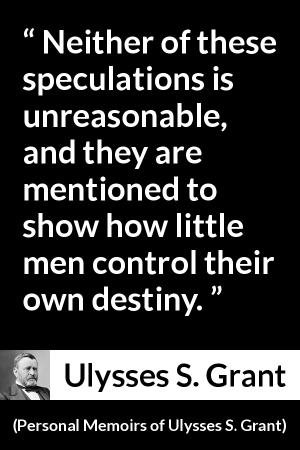 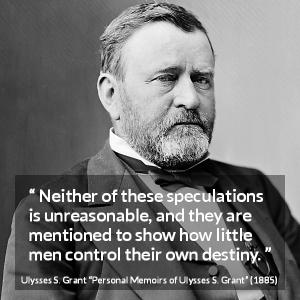 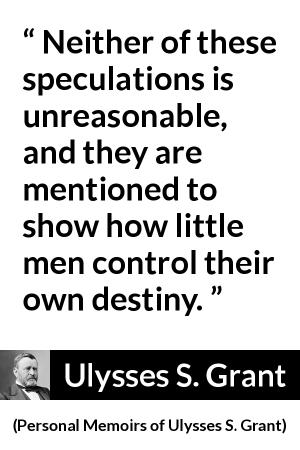