“It showed itself in loud acclamations upon every change of fortune, while all eyes were so riveted on the lists, that the spectators seemed as if they themselves had dealt and received the blows which were there so freely bestowed. And between every pause was heard the voice of the heralds, exclaiming, «Fight on, brave knights! Man dies, but glory lives!—Fight on—death is better than defeat!—Fight on, brave knights!—for bright eyes behold your deeds!»
Amid the varied fortunes of the combat, the eyes of all endeavoured to discover the leaders of each band, who, mingling in the thick of the fight, encouraged their companions both by voice and example.” source

“For death is gain to him whose life, like mine, Is full of misery.” Sophocles, Antigone

“Therefore it is that man dies in despair while the Spirit dies in ecstasy.” Honoré de Balzac, Séraphîta

“Ah, if he could only die temporarily!” Mark Twain, The Adventures of Tom Sawyer

“He that dies pays all debts.” William Shakespeare, The Tempest

“By dying young, I shall escape great sufferings. I had not qualities or talents to make my way very well in the world: I should have been continually at fault.” Charlotte Brontë, Jane Eyre 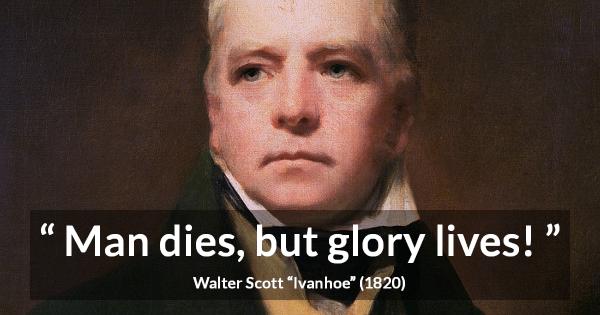 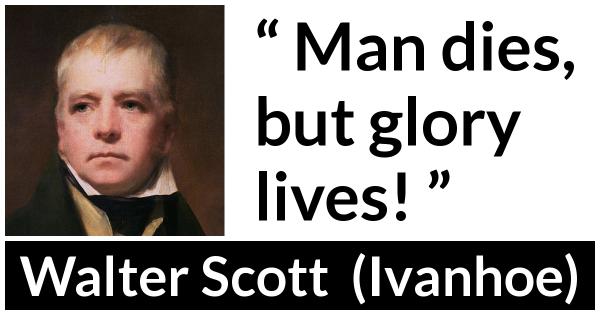 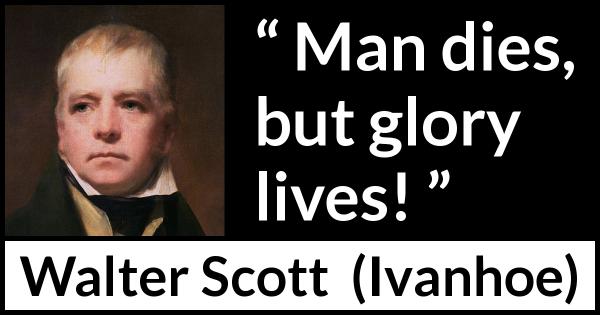 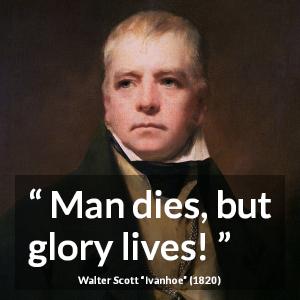 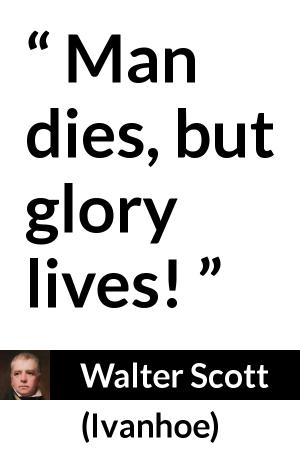 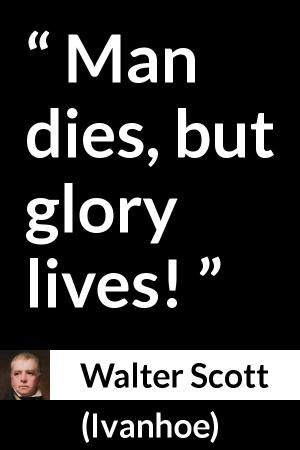