“ Of all the train none escaped except Wamba, who showed upon the occasion much more courage than those who pretended to greater sense. ”
Walter Scott, Ivanhoe (1820). copy citation

“The attendants, embarrassed with baggage, surprised and terrified at the fate of their masters, fell an easy prey to the assailants; while the Lady Rowena, in the centre of the cavalcade, and the Jew and his daughter in the rear, experienced the same misfortune.
Of all the train none escaped except Wamba, who showed upon the occasion much more courage than those who pretended to greater sense. He possessed himself of a sword belonging to one of the domestics, who was just drawing it with a tardy and irresolute hand, laid it about him like a lion, drove back several who approached him, and made a brave though ineffectual attempt to succour his master.” source

“there was no need to be ashamed of tears, for tears bore witness that a man had the greatest of courage, the courage to suffer.” Viktor E. Frankl, Man's Search for Meaning

“he seemed to mean, not only that the most reliable and useful courage was that which arises from the fair estimation of the encountered peril, but that an utterly fearless man is a far more dangerous comrade than a coward.” Herman Melville, Moby-Dick 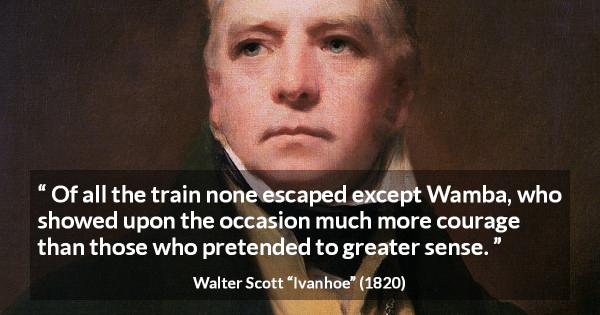 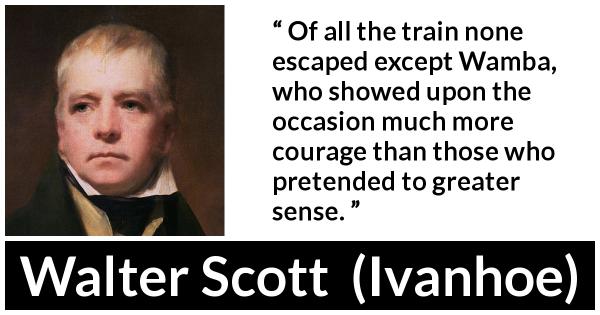 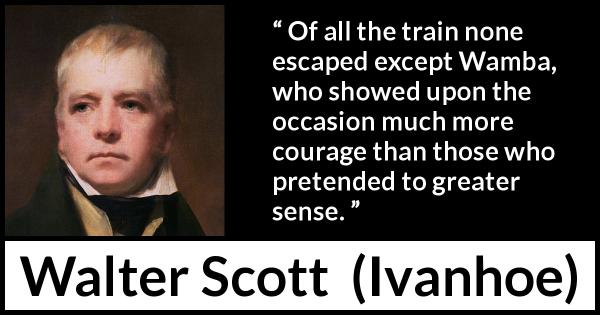 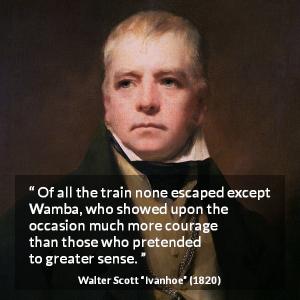 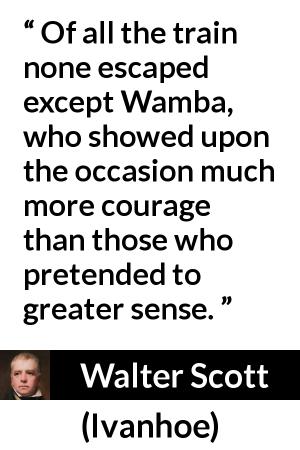 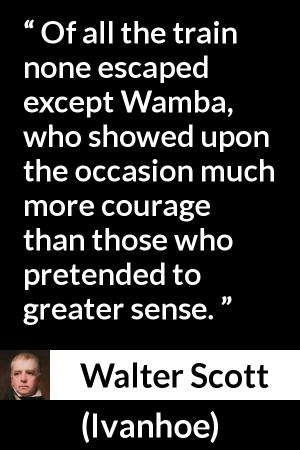