“36 —They pull down the piles and palisades; they hew down the barriers with axes.—His high black plume floats abroad over the throng, like a raven over the field of the slain.—They have made a breach in the barriers—they rush in—they are thrust back!—Front-de-Boeuf heads the defenders; I see his gigantic form above the press. They throng again to the breach, and the pass is disputed hand to hand, and man to man. God of Jacob! it is the meeting of two fierce tides—the conflict of two oceans moved by adverse winds!»
She turned her head from the lattice, as if unable longer to endure a sight so terrible.
«Look forth again, Rebecca,» said Ivanhoe, mistaking the cause of her retiring; «the archery must in some degree have ceased, since they are now fighting hand to hand.—Look again, there is now less danger.»” source

“The sea is the vast reservoir of Nature.” Jules Verne, Twenty Thousand Leagues under the Sea

“It's hard to tell the difference between sea and sky. Between voyager and sea. Between reality and the workings of the heart.” Haruki Murakami, Kafka on the Shore 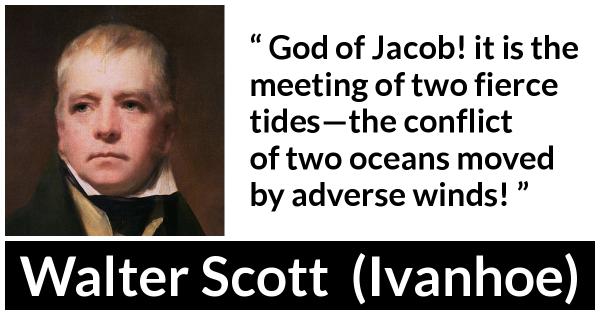 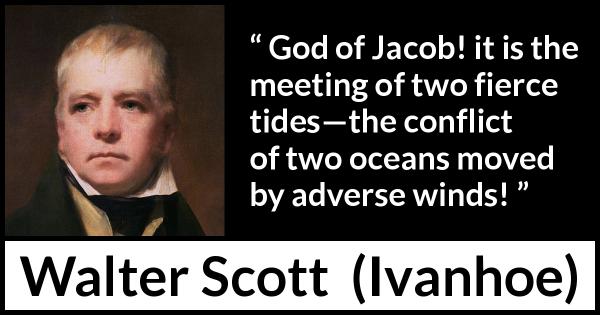 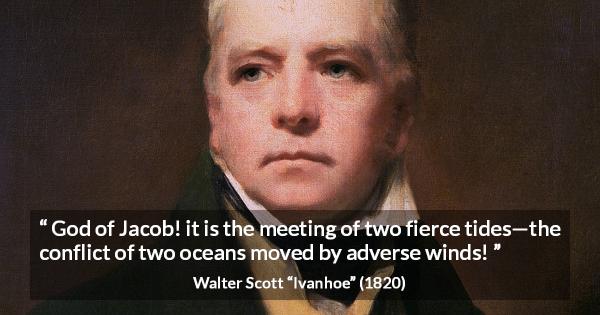 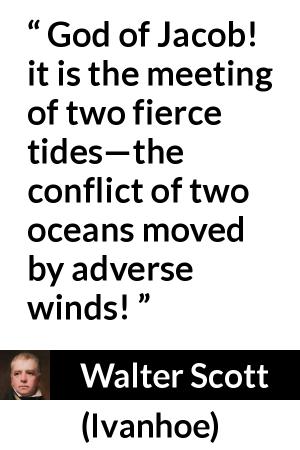 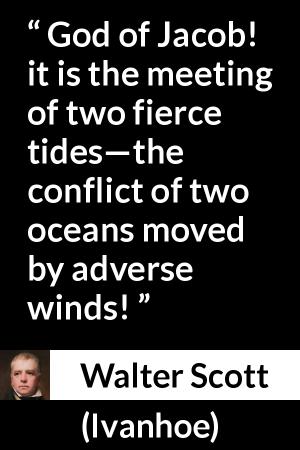 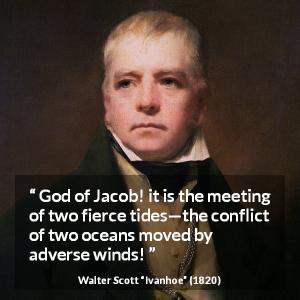