“ A thought is often original, though you have uttered it a hundred times. ”
Oliver Wendell Holmes Sr., The Autocrat of the Breakfast-Table (1858). copy citation

“Why, the truths a man carries about with him are his tools; and do you think a carpenter is bound to use the same plane but once to smooth a knotty board with, or to hang up his hammer after it has driven its first nail? I shall never repeat a conversation, but an idea often. I shall use the same types when I like, but not commonly the same stereotypes. A thought is often original, though you have uttered it a hundred times. It has come to you over a new route, by a new and express train of associations.
Sometimes, but rarely, one may be caught making the same speech twice over, and yet be held blameless. Thus, a certain lecturer, after performing in an inland city, where dwells a Littératrice of note, was invited to meet her and others over the social teacup.” source

“The merit of originality is not novelty; it is sincerity.” Thomas Carlyle, On Heroes, Hero-Worship, and The Heroic in History

“Whether a thought is spoken or not it is a real thing and it has power” Frank Herbert, Dune 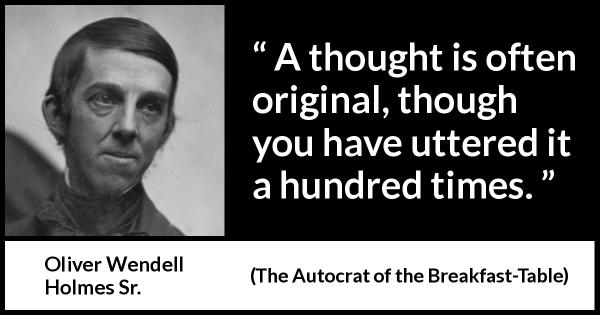 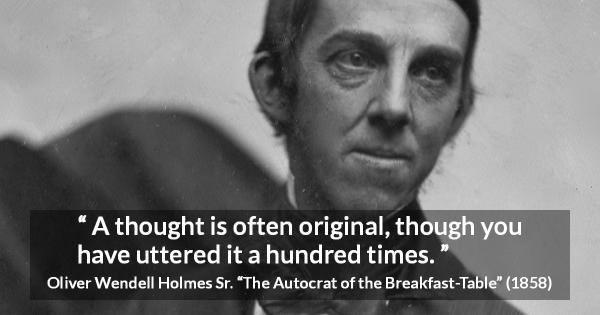 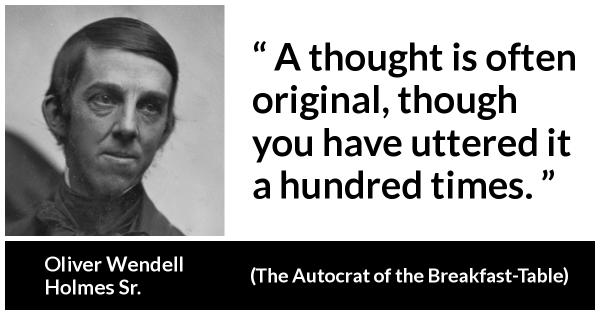 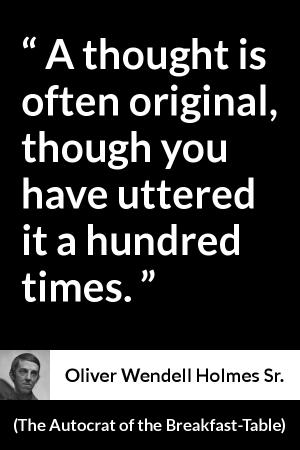 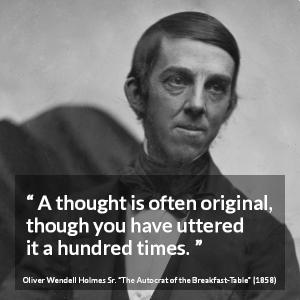 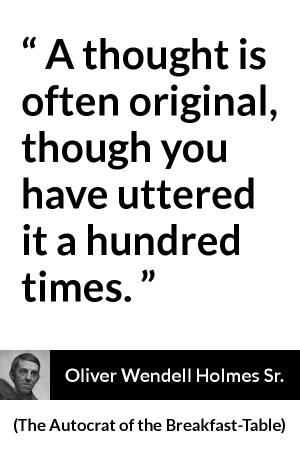