“ In America the majority raises very formidable barriers to the liberty of opinion: within these barriers an author may write whatever he pleases, but he will repent it if he ever step beyond them. ”
Alexis de Tocqueville, Democracy in America (1835). copy citation

“But in a nation where democratic institutions exist, organized like those of the United States, there is but one sole authority, one single element of strength and of success, with nothing beyond it.
In America the majority raises very formidable barriers to the liberty of opinion: within these barriers an author may write whatever he pleases, but he will repent it if he ever step beyond them. Not that he is exposed to the terrors of an auto-da-fe, but he is tormented by the slights and persecutions of daily obloquy. His political career is closed forever, since he has offended the only authority which is able to promote his success.” source

“I know no country in which there is so little true independence of mind and freedom of discussion as in America.” Alexis de Tocqueville, Democracy in America

“And this I believe: that the free, exploring mind of the individual human is the most valuable thing in the world. And this I would fight for: the freedom of the mind to take any direction it wishes, undirected. And this I must fight against: any...” John Steinbeck, East of Eden

“freedom, not power, is the greatest good. That man is truly free who desires what he is able to perform, and does what he desires.” Jean-Jacques Rousseau, Emile, or On Education

“I take the only desire one can really permit oneself. Freedom, Alvah, freedom.” Ayn Rand, The Fountainhead

“A man is as free as he chooses to make himself, never an atom freer” George MacDonald, Lilith

“If people don’t like you, or they think you’re strange, then that’s their problem.” Nicholas Sparks, A Walk to Remember 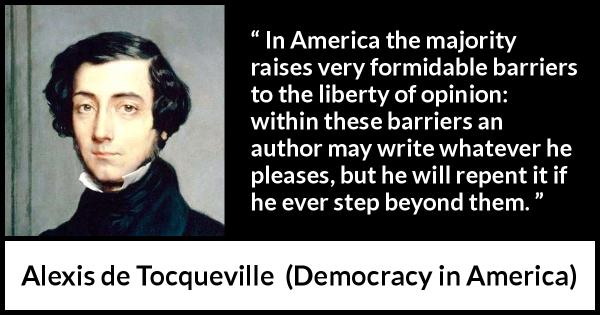 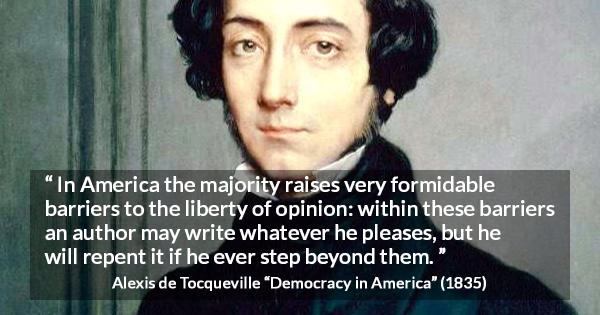 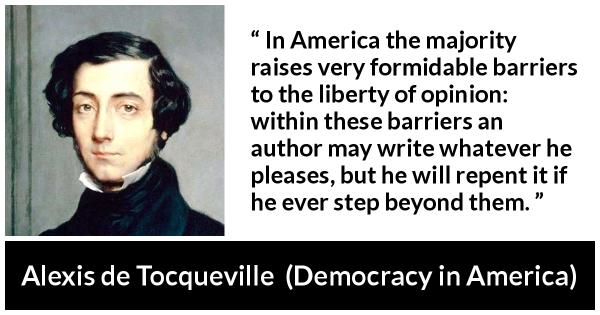 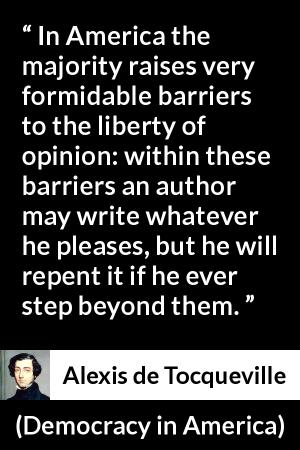 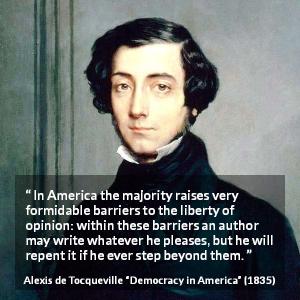 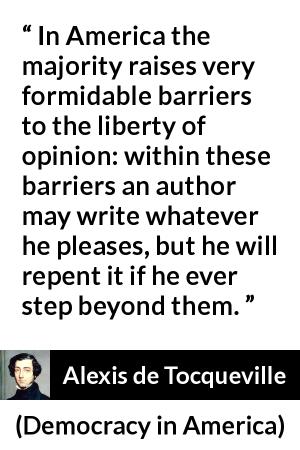