“ Men will not accept truth at the hands of their enemies, and truth is seldom offered to them by their friends: for this reason I have spoken it. ”
Alexis de Tocqueville, Democracy in America (1840). copy citation

“Some readers may perhaps be astonished that—firmly persuaded as I am that the democratic revolution which we are witnessing is an irresistible fact against which it would be neither desirable nor wise to struggle—I should often have had occasion in this book to address language of such severity to those democratic communities which this revolution has brought into being. My answer is simply, that it is because I am not an adversary of democracy, that I have sought to speak of democracy in all sincerity.
Men will not accept truth at the hands of their enemies, and truth is seldom offered to them by their friends: for this reason I have spoken it. I was persuaded that many would take upon themselves to announce the new blessings which the principle of equality promises to mankind, but that few would dare to point out from afar the dangers with which it threatens them.” source

“Most men would rather deny a hard truth than face it.” George R. R. Martin, A Game of Thrones

“Truth is truth, to the end of reckoning, we've cried. They are never alone that are accompanied with noble thoughts, we've shouted to ourselves.” Ray Bradbury, Fahrenheit 451

“Rather do I fear to lose truth by this pretension to possess it already wholly.” William James, The Varieties of Religious Experience

“If it is not right, do not do it: if it is not true, do not say it.” Marcus Aurelius, Meditations 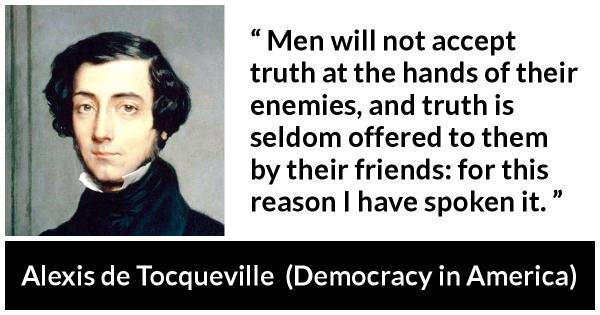 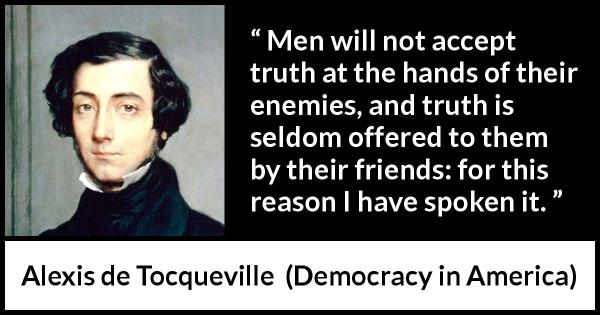 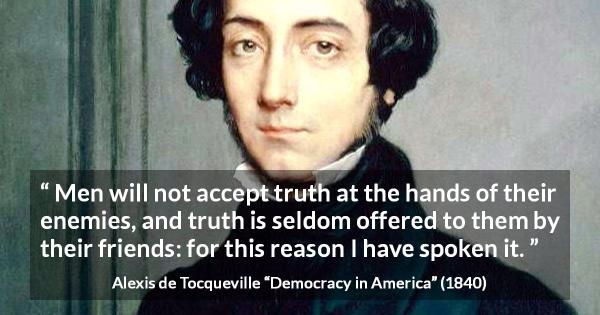 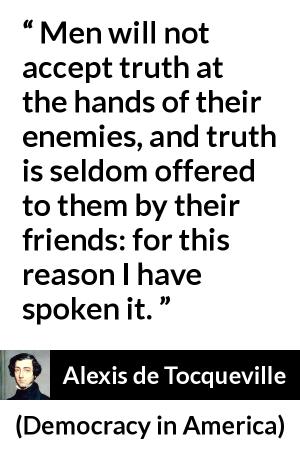 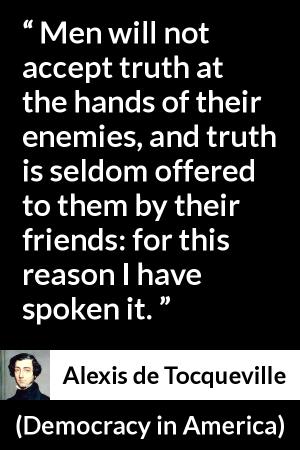 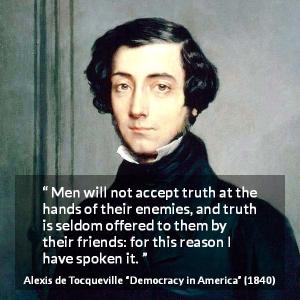