“ Prayers are to men as dolls are to children. They are not without use and comfort, but it is not easy to take them very seriously. ”
Samuel Butler, The Note-Books of Samuel Butler (1912). copy citation

“If again he had prayed that he might be able to make his psalms a little more lively, and be saved from becoming the bore which he has been to so many generations of sick persons and young children—or that he might find a publisher for them with greater facility—but there is no end to it. The prayer he did pray was about the worst he could have prayed and the psalmist, being the psalmist, naturally prayed it—unless I have misquoted him.
II Prayers are to men as dolls are to children. They are not without use and comfort, but it is not easy to take them very seriously. I dropped saying mine suddenly once for all without malice prepense, on the night of the 29th of September, 1859, when I went on board the Roman Emperor to sail for New Zealand. I had said them the night before and doubted not that I was always going to say them as I always had done hitherto.” source

“Only the children know what they are looking for . . . They waste their time over a rag doll and it becomes very important to them; and if anybody takes it away from them, they cry.” Antoine de Saint-Exupéry, The Little Prince

“Most men judge your importance in their lives by how much you can hurt them, not by how happy you can make them.” Marilyn Monroe, My Story

“Every time you pray, if your prayer is sincere, there will be new feeling and new meaning in it, which will give you fresh courage, and you will understand that prayer is an education.” Fyodor Dostoyevsky, The Brothers Karamazov 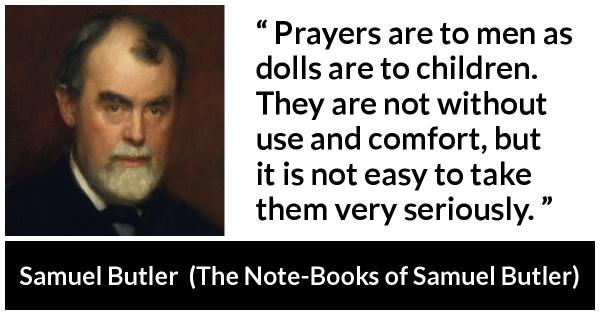 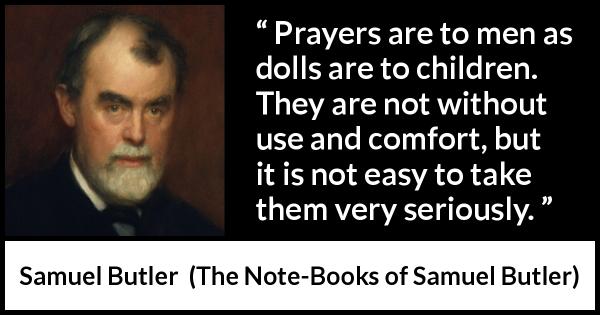 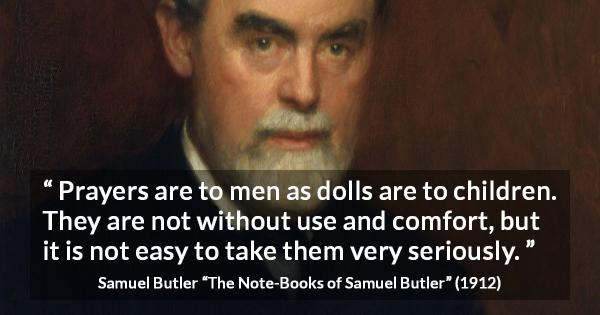 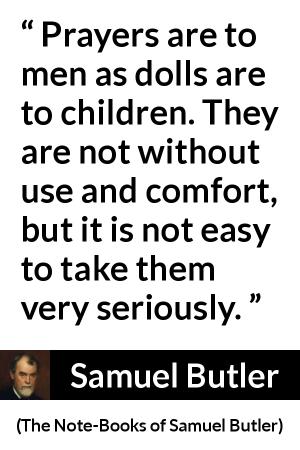 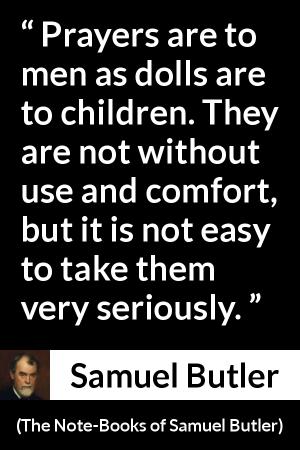 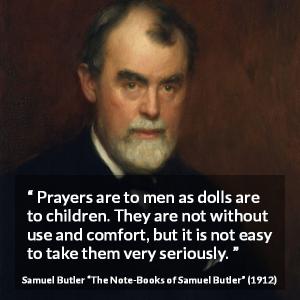