“ Analogy points in this direction, and though analogy is often misleading, it is the least misleading thing we have. ”
Samuel Butler, The Note-Books of Samuel Butler (1912). copy citation

“Probably talking was originally confined to a few scholars, as writing was in the middle ages, and gradually became general. Even now speech is still growing; poor folks cannot understand the talk of educated people. Perhaps reading and writing will indeed one day come by nature. Analogy points in this direction, and though analogy is often misleading, it is the least misleading thing we have.
III Communications between God and man must always be either above words or below them; for with words come in translations, and all the interminable questions therewith connected. IV The mere fact that a thought or idea can be expressed articulately in words involves that it is still open to question; and the mere fact that a difficulty can be definitely conceived involves that it is open to solution.” source

“forever is an incorrect concept” John Green, The Fault in Our Stars 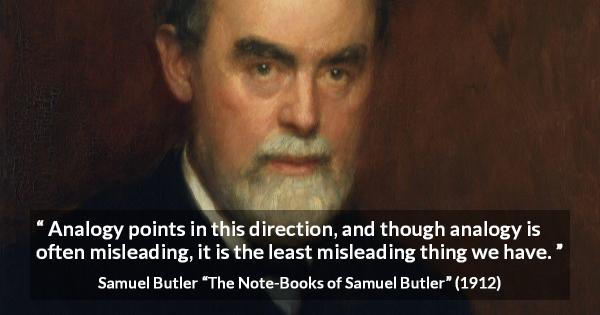 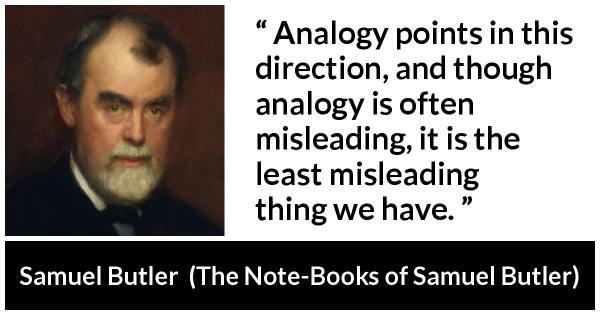 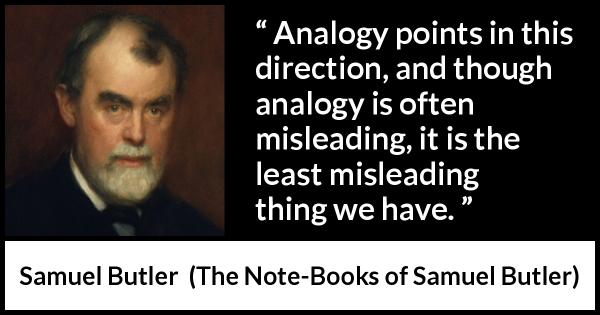 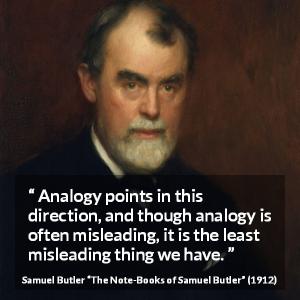 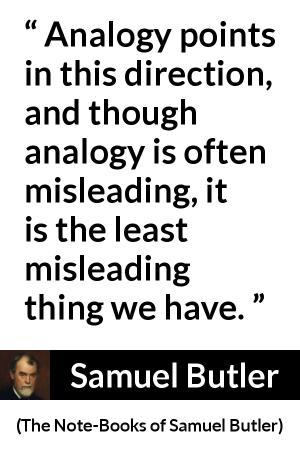 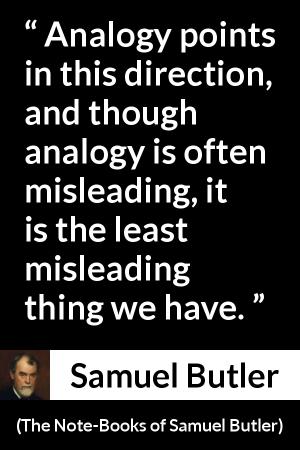