“ When Tarzan killed he more often smiled than scowled, and smiles are the foundation of beauty. ”
Edgar Rice Burroughs, Tarzan of the Apes (1912). copy citation

“For, though Tarzan of the Apes was a killer of men and of beasts, he killed as the hunter kills, dispassionately, except on those rare occasions when he had killed for hate—though not the brooding, malevolent hate which marks the features of its own with hideous lines.
When Tarzan killed he more often smiled than scowled, and smiles are the foundation of beauty.
One thing the girl had noticed particularly when she had seen Tarzan rushing upon Terkoz—the vivid scarlet band upon his forehead, from above the left eye to the scalp; but now as she scanned his features she noticed that it was gone, and only a thin white line marked the spot where it had been.” source

“He smiled the most exquisite smile, veiled by memory, tinged by dreams.” Virginia Woolf, To the Lighthouse

“A man can smile and smile and be a villain.” Aldous Huxley, Brave New World

“He smiled understandingly—much more than understandingly. It was one of those rare smiles with a quality of eternal reassurance in it, that you may come across four or five times in life.” F. Scott Fitzgerald, The Great Gatsby

“Wrinkles should merely indicate where smiles have been.” Mark Twain, Following the Equator 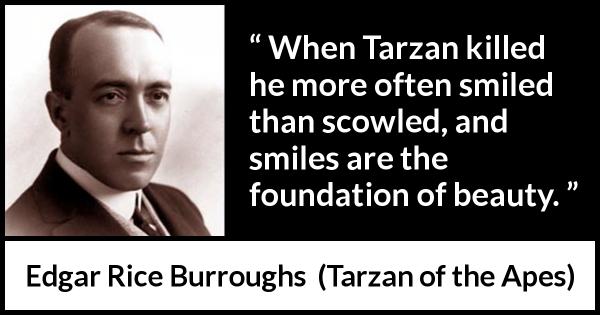 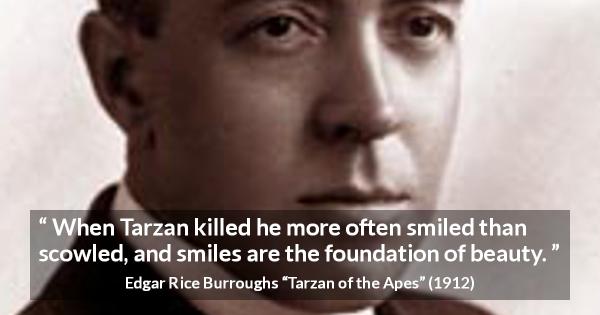 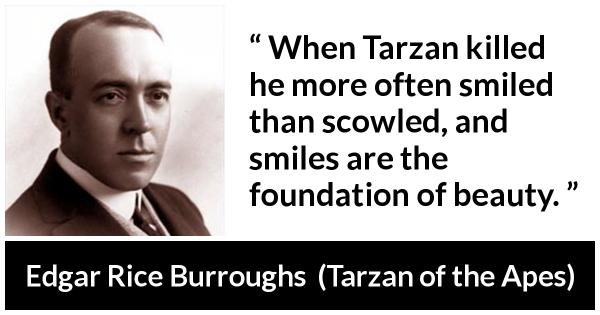 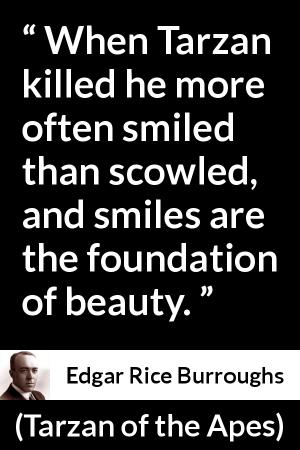 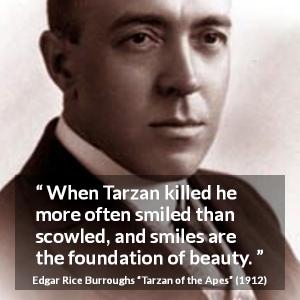 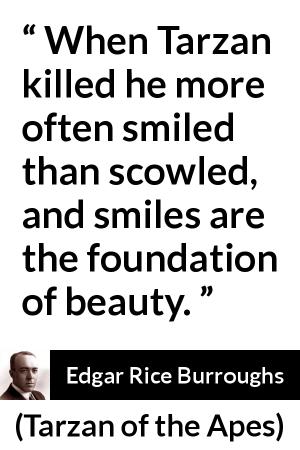