“ It is solely on the basis of this common interest that every society should be governed. ”
Jean-Jacques Rousseau, The Social Contract (1762). copy citation

“THE first and most important deduction from the principles we have so far laid down is that the general will alone can direct the State according to the object for which it was instituted, i.e., the common good: for if the clashing of particular interests made the establishment of societies necessary, the agreement of these very interests made it possible. The common element in these different interests is what forms the social tie; and, were there no point of agreement between them all, no society could exist. It is solely on the basis of this common interest that every society should be governed.
I hold then that Sovereignty, being nothing less than the exercise of the general will, can never be alienated, and that the Sovereign, who is no less than a collective being, cannot be represented except by himself: the power indeed may be transmitted, but not the will.” source
Original quote
“c'est uniquement sur cet intérêt commun que la société doit être gouvernée.” Jean-Jacques Rousseau, Du contrat social

“Consumption is the sole end and purpose of all production; and the interest of the producer ought to be attended to, only so far as it may be necessary for promoting that of the consumer.” Adam Smith, The Wealth of Nations

“Only free peoples can hold their purpose and their honor steady to a common end and prefer the interests of mankind to any narrow interest of their own.” Woodrow Wilson, We Must Accept War 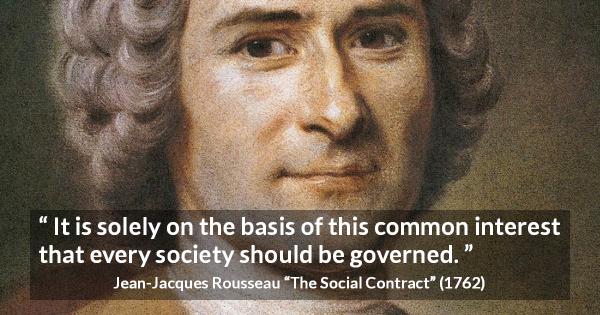 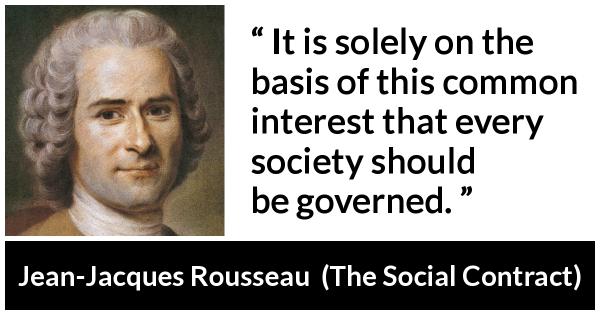 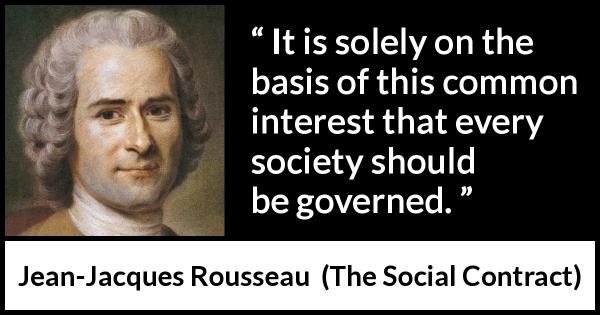 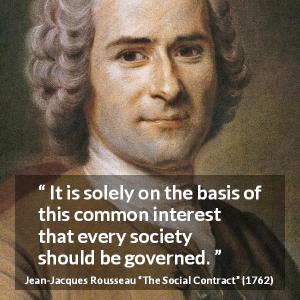 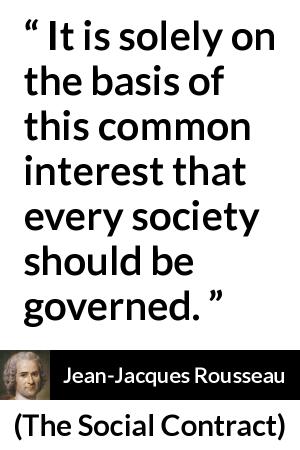 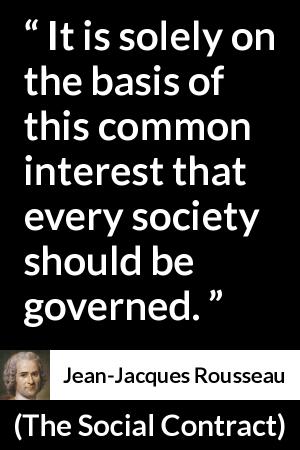