“ But if I did not believe, still should I love. Had you come back for me, and had there been no other way, I would have gone into the jungle with you—forever. ”
Edgar Rice Burroughs, Tarzan of the Apes (1912). copy citation

“She kneeled down beside the bed in which she had spent so many nights, and offered up a prayer for the safety of her primeval man, and crushing his locket to her lips she murmured: "I love you, and because I love you I believe in you. But if I did not believe, still should I love. Had you come back for me, and had there been no other way, I would have gone into the jungle with you—forever."
Chapter XXV The Outpost of the World With the report of his gun D'Arnot saw the door fly open and the figure of a man pitch headlong within onto the cabin floor.
The Frenchman in his panic raised his gun to fire again into the prostrate form, but suddenly in the half dusk of the open door he saw that the man was white and in another instant realized that he had shot his friend and protector, Tarzan of the Apes.” source

“If I loved you less, I might be able to talk about it more.” Jane Austen, Emma

“I could die for you. But I couldn't and wouldn't live for you.” Ayn Rand, The Fountainhead 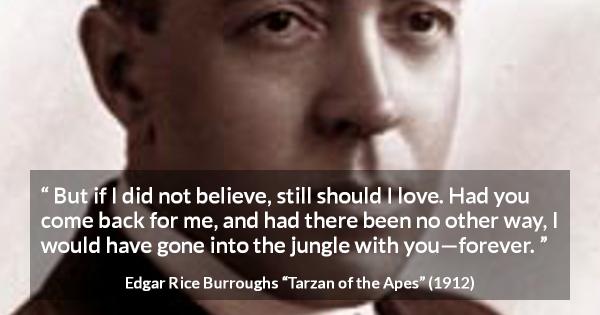 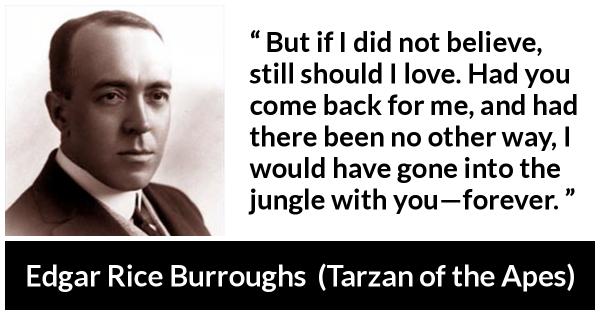 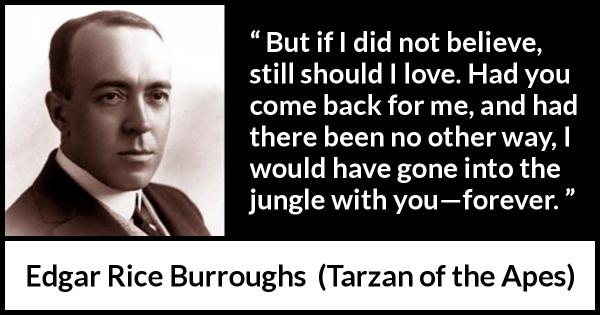 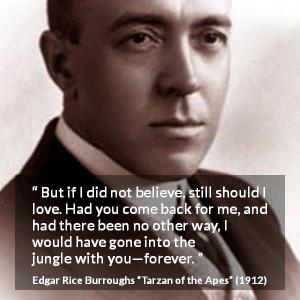 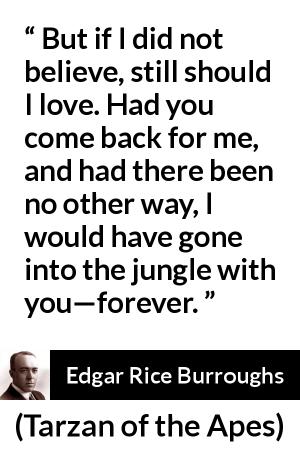 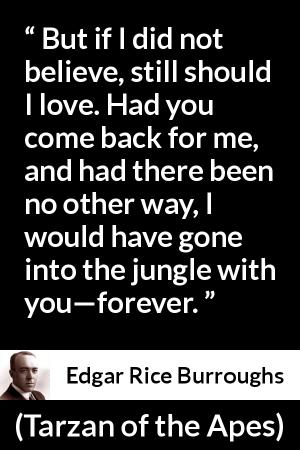