“And I have the happiness to know, that several of those who came to Sabbath school learned how to read; and that one, at least, is now free through my agency.
The year passed off smoothly. It seemed only about half as long as the year which preceded it. I went through it without receiving a single blow. I will give Mr. Freeland the credit of being the best master I ever had, till I became my own master. For the ease with which I passed the year, I was, however, somewhat indebted to the society of my fellow-slaves. They were noble souls; they not only possessed loving hearts, but brave ones. We were linked and interlinked with each other.” source

“I have been so long master that I would be master still, or at least that none other should be master of me.” Bram Stoker, Dracula

“One thinks himself the master of others, and still remains a greater slave than they.” Jean-Jacques Rousseau, The Social Contract

“a man with a club was a lawgiver, a master to be obeyed, though not necessarily conciliated.” Jack London, The Call of the Wild 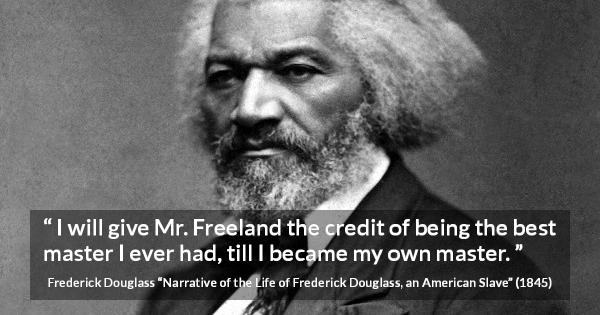 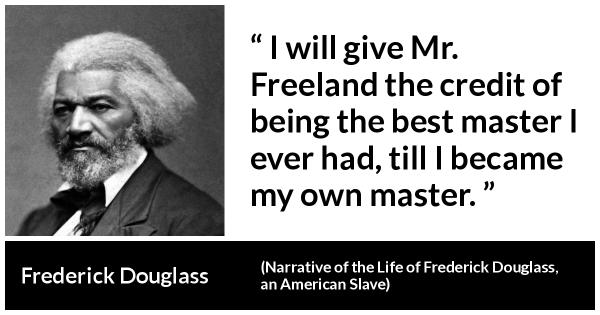 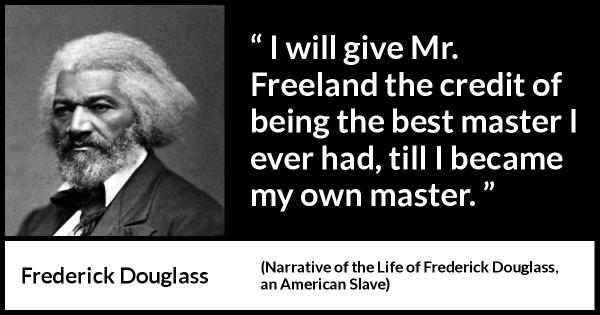 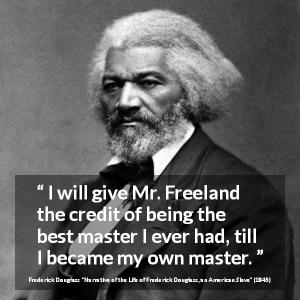 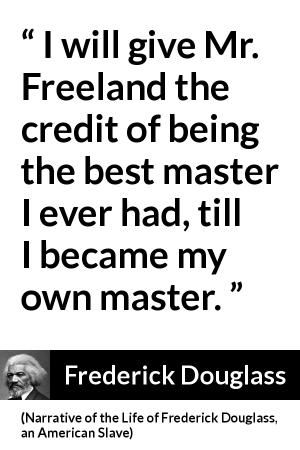 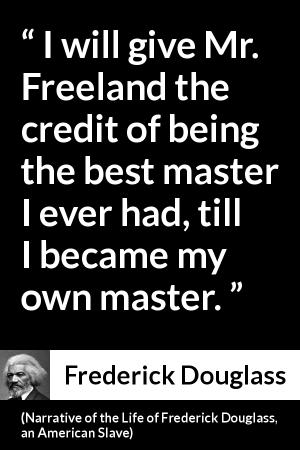