“ Where was the judge he'd never seen? Where was the high court he had never reached? ”
Franz Kafka, The Trial (1925). copy citation

“Was he alone? Was it everyone? Would anyone help? Were there objections that had been forgotten? There must have been some. The logic cannot be refuted, but someone who wants to live will not resist it. Where was the judge he'd never seen? Where was the high court he had never reached? He raised both hands and spread out all his fingers.
But the hands of one of the gentleman were laid on K.'s throat, while the other pushed the knife deep into his heart and twisted it there, twice.” source

“He is taller by almost the breadth of my nail, than any of his court; which alone is enough to strike an awe into the beholders.” Jonathan Swift, Gulliver's Travels

“I been in places hot as pitch, and mates dropping round with Yellow Jack, and the blessed land a-heaving like the sea with earthquakes—what to the doctor know of lands like that?” Robert Louis Stevenson, Treasure Island 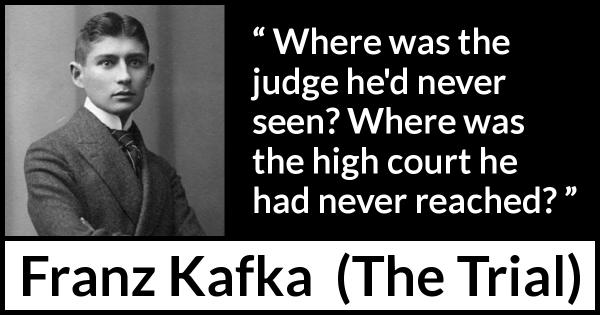 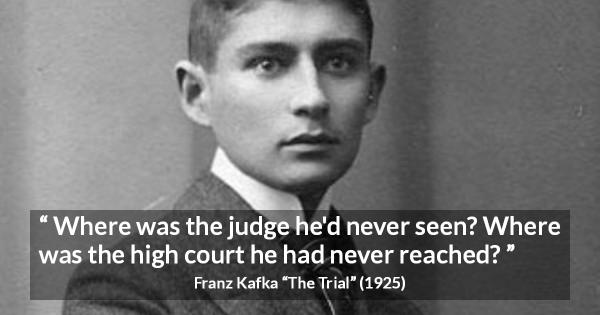 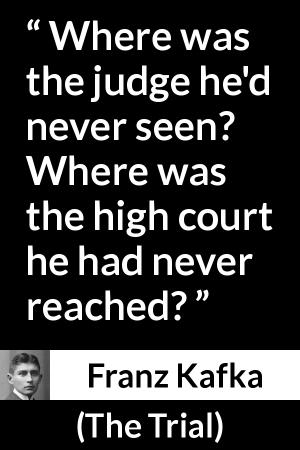 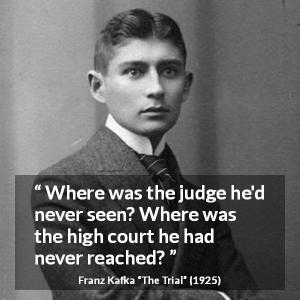 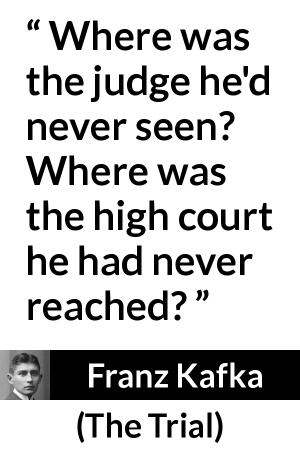