“ They tried to be too clever—and that was their undoing. ”
Agatha Christie, The Mysterious Affair at Styles (1920). copy citation

“The lapse of time, and her absence, will defeat all suspicion. Yes, it was a clever idea! If they had left it alone, it is possible the crime might never have been brought home to them. But they were not satisfied. They tried to be too clever—and that was their undoing.»
Poirot puffed at his tiny cigarette, his eyes fixed on the ceiling.
«They arranged a plan to throw suspicion on John Cavendish, by buying strychnine at the village chemist's, and signing the register in his hand-writing.” source

“So, that's what they wanted: lies. Beautiful lies. That's what they needed. People were fools. It was going to be easy for me.” Charles Bukowski, Ham on Rye

“I am sick to death of cleverness. Everybody is clever nowadays. You can't go anywhere without meeting clever people. The thing has become an absolute public nuisance. I wish to goodness we had a few fools left.” Oscar Wilde, The Importance of Being Earnest 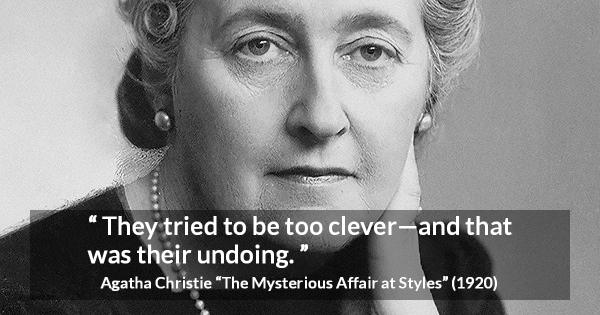 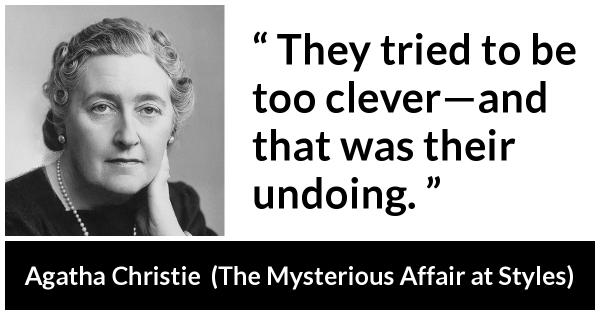 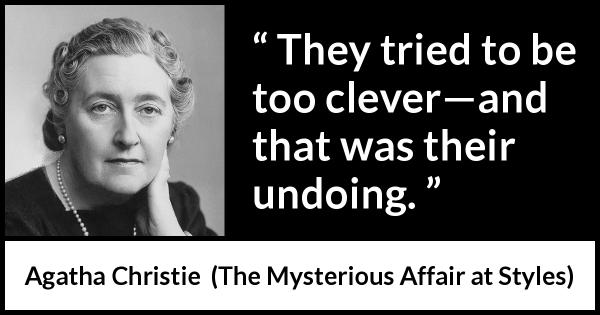 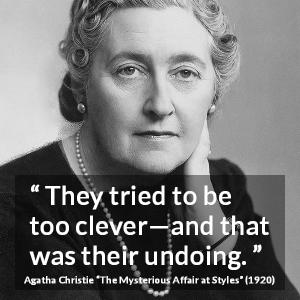 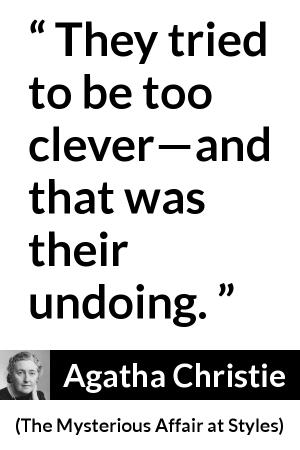 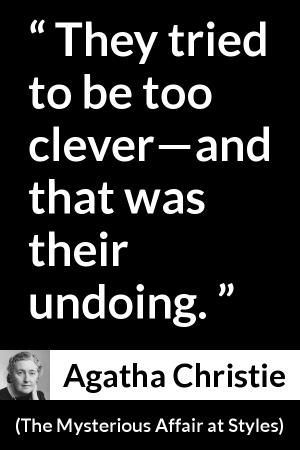