“ PRAY, v. To ask that the laws of the universe be annulled in behalf of a single petitioner confessedly unworthy. ”
Ambrose Bierce, The Devil's Dictionary (1911). copy citation

“The number of plans for its abolition equals that of the reformers who suffer from it, plus that of the philosophers who know nothing about it. Its victims are distinguished by possession of all the virtues and by their faith in leaders seeking to conduct them into a prosperity where they believe these to be unknown.
PRAY, v. To ask that the laws of the universe be annulled in behalf of a single petitioner confessedly unworthy.
PRE-ADAMITE, n. One of an experimental and apparently unsatisfactory race of antedated Creation and lived under conditions not easily conceived. Melsius believed them to have inhabited "the Void" and to have been something intermediate between fishes and birds.” source

“SELFISH, adj. Devoid of consideration for the selfishness of others.” Ambrose Bierce, The Devil's Dictionary

“Jon could not find it in him to pray to any gods, old or new. If they were real, he thought, they were as cruel and implacable as winter.” George R. R. Martin, A Game of Thrones 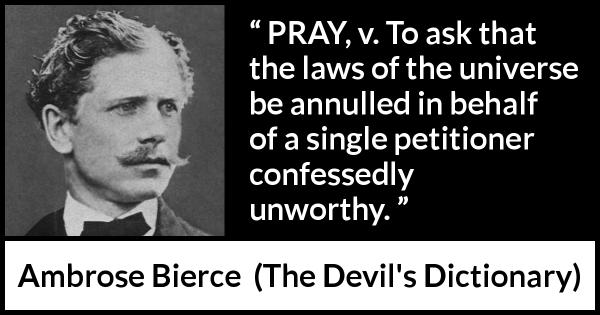 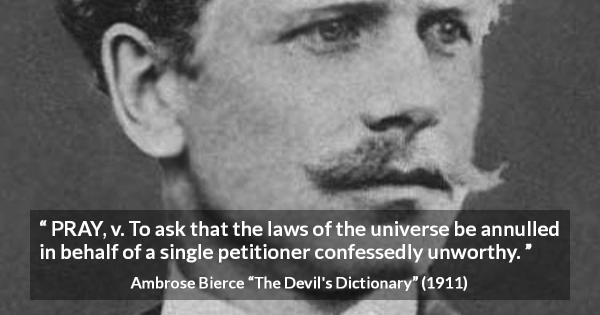 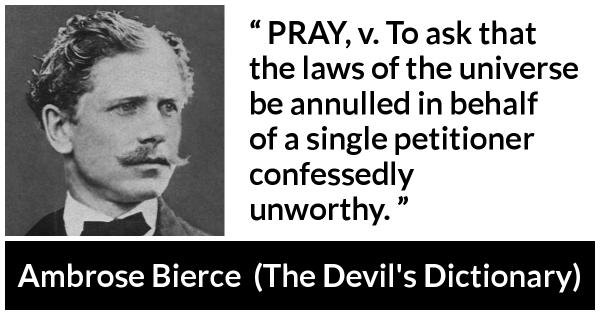 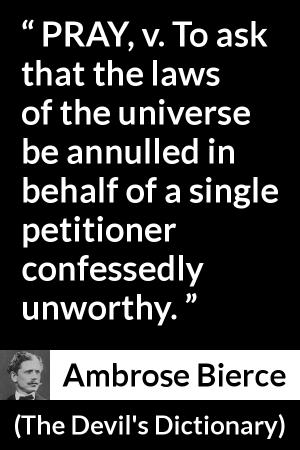 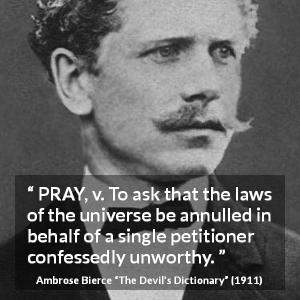 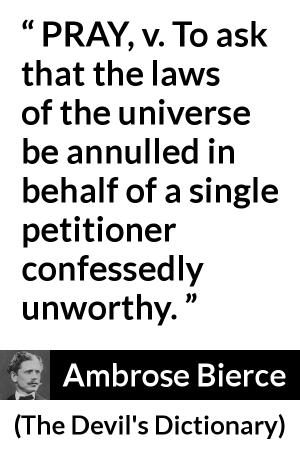