“ LOGIC, n. The art of thinking and reasoning in strict accordance with the limitations and incapacities of the human misunderstanding. ”
Ambrose Bierce, The Devil's Dictionary (1911). copy citation

“LOCK-AND-KEY, n. The distinguishing device of civilization and enlightenment.
LODGER, n. A less popular name for the Second Person of that delectable newspaper Trinity, the Roomer, the Bedder, and the Mealer.
LOGIC, n. The art of thinking and reasoning in strict accordance with the limitations and incapacities of the human misunderstanding. The basic of logic is the syllogism, consisting of a major and a minor premise and a conclusion—thus:
Major Premise: Sixty men can do a piece of work sixty times as quickly as one man.
Minor Premise: One man can dig a posthole in sixty seconds; therefore—” source

“Deep in the human unconscious is a pervasive need for a logical universe that makes sense. But the real universe is always one step beyond logic.” Frank Herbert, Dune

“One of the most ordinary weaknesses of the human intellect is to seek to reconcile contrary principles, and to purchase peace at the expense of logic.” Alexis de Tocqueville, Democracy in America

“The absurd is lucid reason noting its limits.” Albert Camus, The Myth of Sisyphus 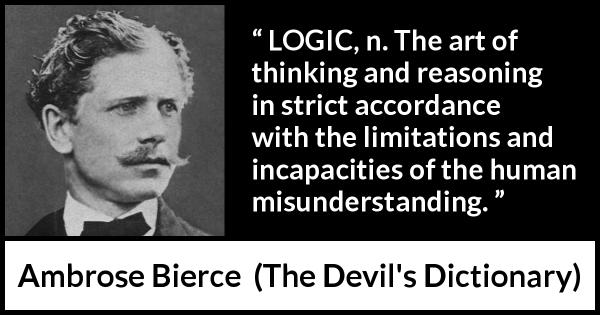 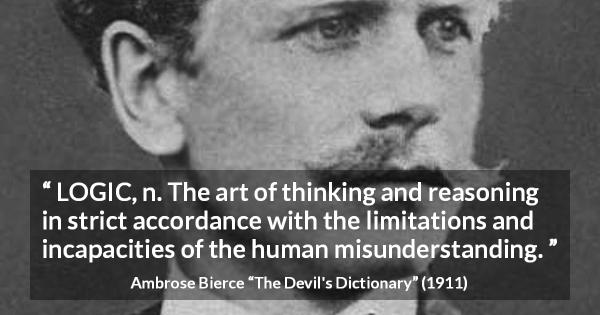 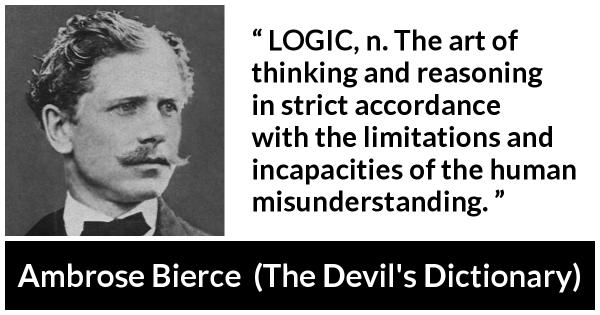 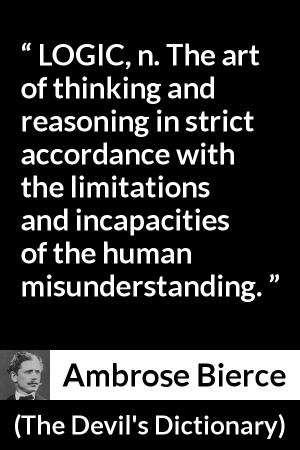 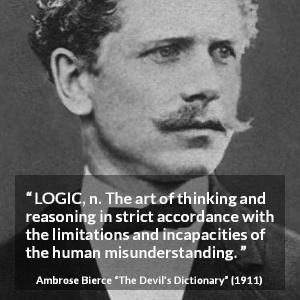 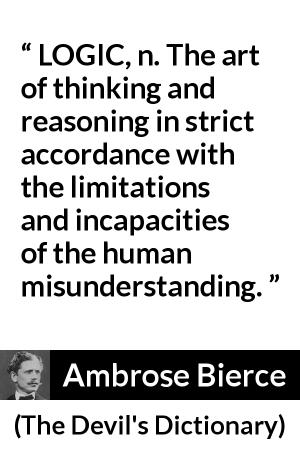