“ Jealousy is a virtue of democracies which preserves them from tyrants. ”
Anatole France, Penguin Island (1908). copy citation

“After their departure, the maid of their hotel, as she was putting their room in order, saw seven little crosses traced by a hairpin on the wall at the head of the bed.
That is all that Hippolyte Ceres obtained as a reward of his efforts.
IX. THE FINAL CONSEQUENCES
Jealousy is a virtue of democracies which preserves them from tyrants. Deputies began to envy the Prime Minister his golden key. For a year his domination over the beauteous Madame Ceres had been known to the whole universe. The provinces, whither news and fashions only arrive after a complete revolution of the earth round the sun, were at last informed of the illegitimate loves of the Cabinet.” source
Original quote
“La jalousie est une vertu des démocraties qui les garantit des tyrans.” Anatole France, L'Île des Pingouins

“In place of the King’s arbitrary despotism they proposed, not the withering anarchy of feudal separatism, but a system of checks and balances which would accord the monarchy its necessary strength, but would prevent its perversion by a tyrant...” Winston Churchill, A History of the English-Speaking Peoples 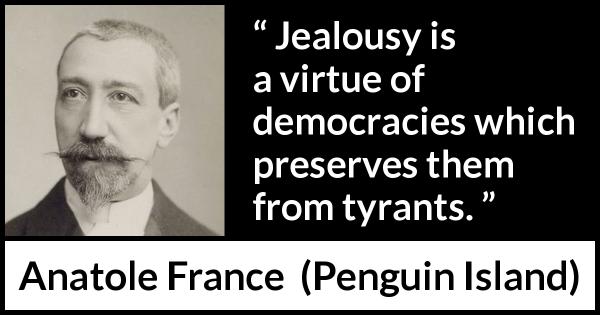 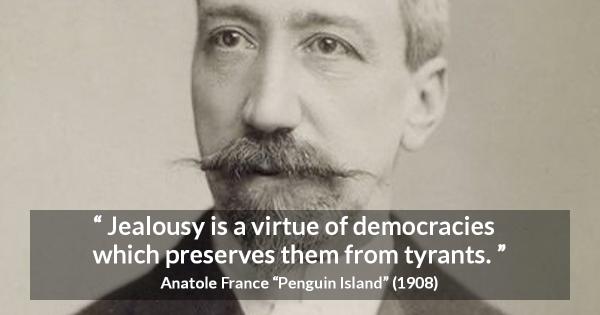 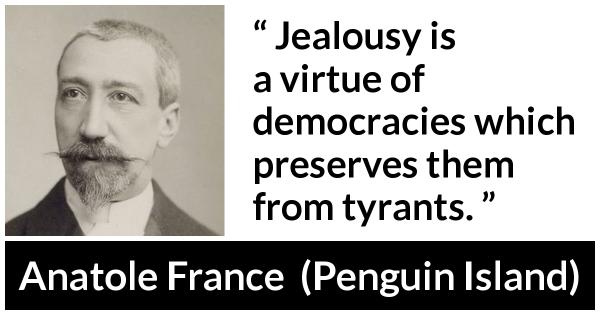 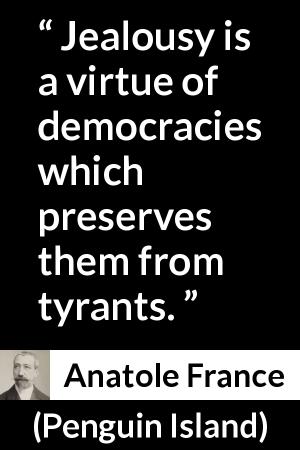 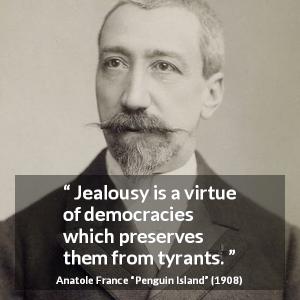 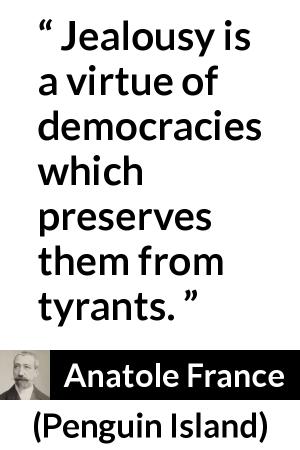