“ For the moment the peril was nowhere and yet everywhere. The majority remained solid; but the leaders became stiff and exacting. ”
Anatole France, Penguin Island (1908). copy citation

“It was objected that under the influence of English and American fashions, low heels had been introduced generally without producing the results attributed to them by the learned Professor; moreover, it was said that the difference he pretended to establish between the morals of the metropolis and those of the provinces is perhaps illusory, and that if it exists, it is apparently due to the fact that great cities offer more advantages and facilities for love than small towns provide. However that may be, the provinces began to murmur against the Prime Minister, and to raise a scandal. This was not yet a danger, but there was a possibility that it might become one.
For the moment the peril was nowhere and yet everywhere. The majority remained solid; but the leaders became stiff and exacting. Perhaps Hippolyte Ceres would never have intentionally sacrificed his interests to his vengeance. But thinking that he could henceforth, without compromising his own fortune, secretly damage that of Paul Visire, he devoted himself to the skilful and careful preparation of difficulties and perils for the Head of the Government.” source

“There are some dangers which when they are braved, disappear, and which yet, when there is an obvious and apparent dread of them displayed, become certain and inevitable.” Walter Scott, Quentin Durward

“There are times when a leader must move out ahead of the flock, go off in a new direction, confident that he is leading his people the right way.” Nelson Mandela, Long Walk to Freedom 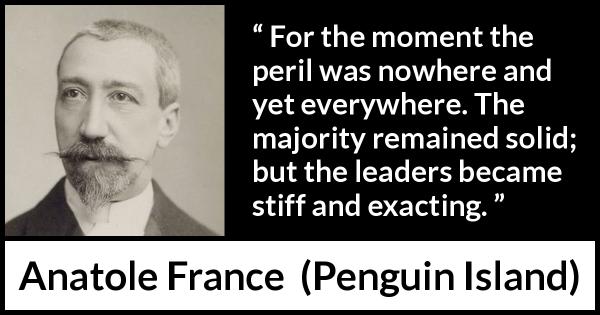 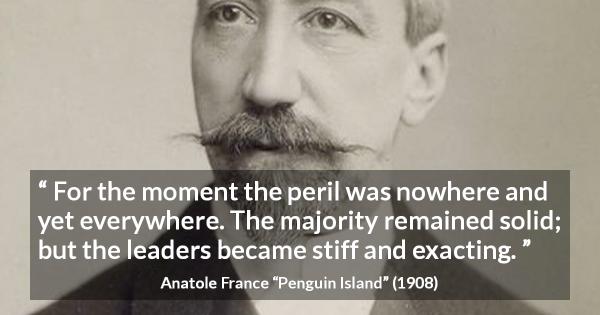 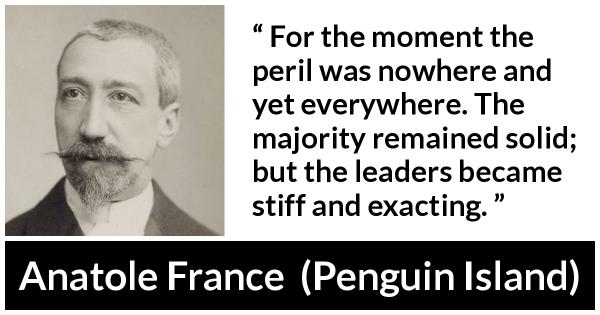 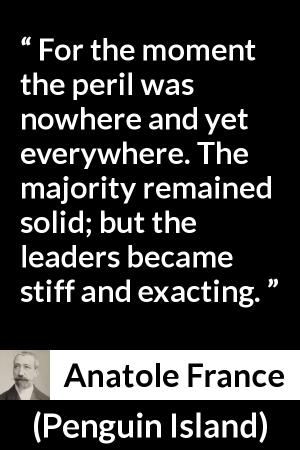 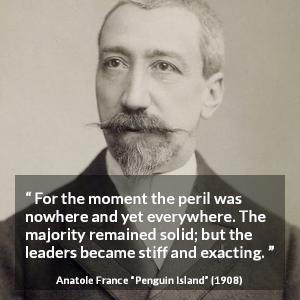 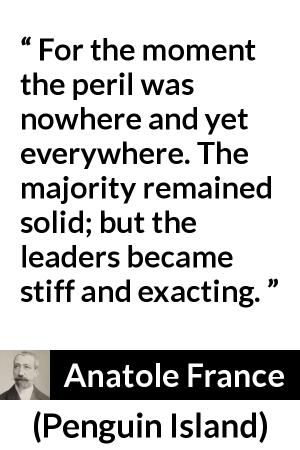