“ Force is the midwife of every old society pregnant with a new one. ”
Karl Marx, Das Kapital (1867). copy citation

“But, they all employ the power of the State, the concentrated and organised force of society, to hasten, hot-house fashion, the process of transformation of the feudal mode of production into the capitalist mode, and to shorten the transition. Force is the midwife of every old society pregnant with a new one. It is itself an economic power.
Of the Christian colonial system, W. Howitt, a man who makes a speciality of Christianity, says: «The barbarities and desperate outrages of the so-called Christian race, throughout every region of the world, and upon every people they have been able to subdue, are not to be paralleled by those of any other race, however fierce, however untaught, and however reckless of mercy and of shame, in any age of the earth.»” source

“Hence it is that all armed prophets have conquered, and the unarmed ones have been destroyed.” Niccolò Machiavelli, The Prince 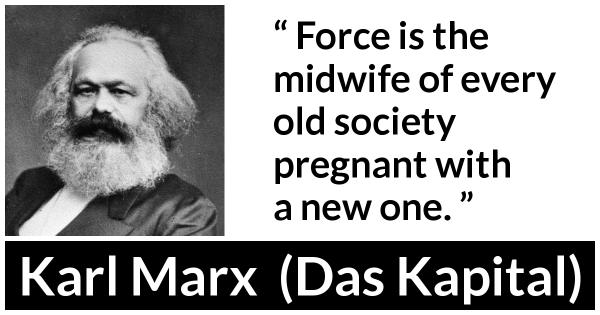 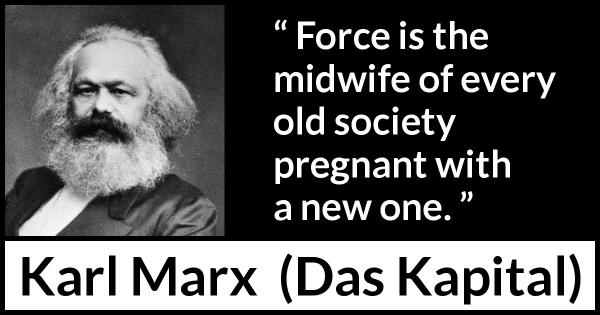 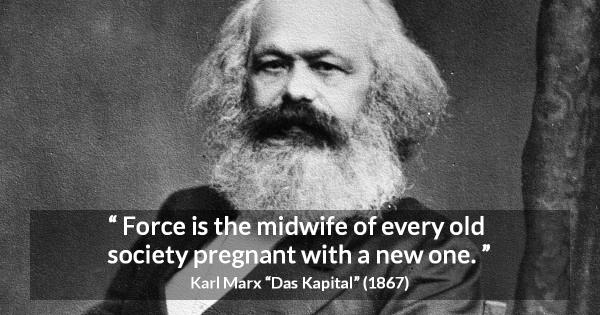 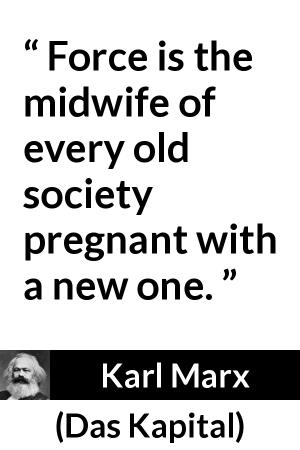 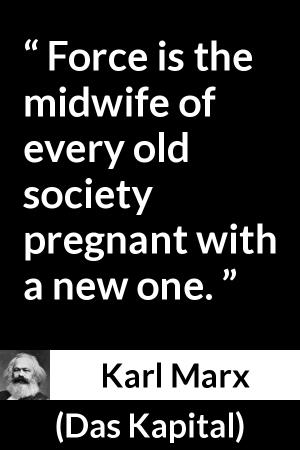 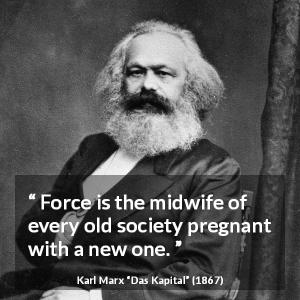